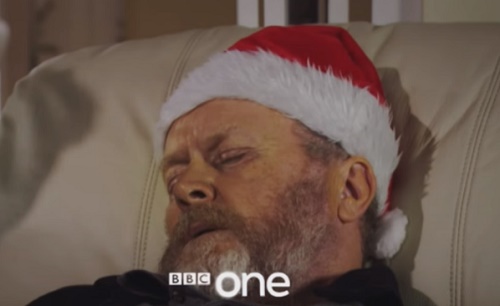 Will Phil Mitchell die on Christmas day?  ‘EastEnders’ spoilers tease that fans of the British soap opera will not want to miss a single second of the special Christmas episode.  As always, the ‘EastEnders’ writers are pulling out all of the stops for the holidays, but the Mitchell Family seems to be lacking joy and cheer this year, for obvious reasons.

Over the course of the last few months ‘EastEnders’ fans have watched Phil Mitchell’s [Steve McFadden] health rapidly deteriorate.  The Mitchell patriarch is in dire need of a transplant, years of boozing are finally catching up to the fan favorite, and in the latest Christmas previews from BBC One, Phil doesn’t look too good!

‘EastEnders’ spoilers have been teasing for weeks now that someone will die on Christmas day, and considering how fast Phil Mitchell is fading away, it isn’t entirely absurd to think that Steve McFadden might be on his way out.  But, would ‘EastEnders’ really kill off one of their longest-running cast members? 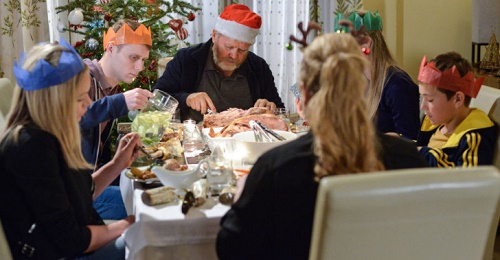 McFadden has been a member of the Walford community since 1990 and it’s impossible to imagine the soap opera without him.  It seems like it would have been nearly impossible to keep Steve McFadden’s exit hush-hush for this long.  Perhaps, Phil’s “death” is all just a red herring?

If Phil Mitchell is not dying on Christmas, BBC is certainly trying to convince EastEnders fans that he is.  The latest ‘EastEnders’ spoiler video shows a weak Phil in a Santa hat, but there is nothing jolly about it. Phil reveals in the promo video that this Christmas will most likely be the last holiday he spends with his family, and he wants to make the best of it.

Do you think ‘EastEnders‘ will really kill off Phil Mitchell?  Or are we all getting worked up for nothing?  Could he find a donor at the last minute?  Spoilers tease that Roxy and Ronnie Mitchell will both die on New Year’s, maybe one of the Mitchell sisters can be Phil’s much-needed donor?

Let us know what you think in the comments below and don’t forget to check CDL for all of your ‘EastEnders’ spoilers and news! 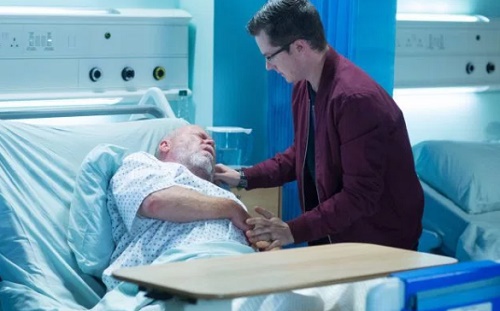 There’s nothing quite like Christmas on #EastEnders.
Time to get excited!! pic.twitter.com/Kb6YBnpvg1