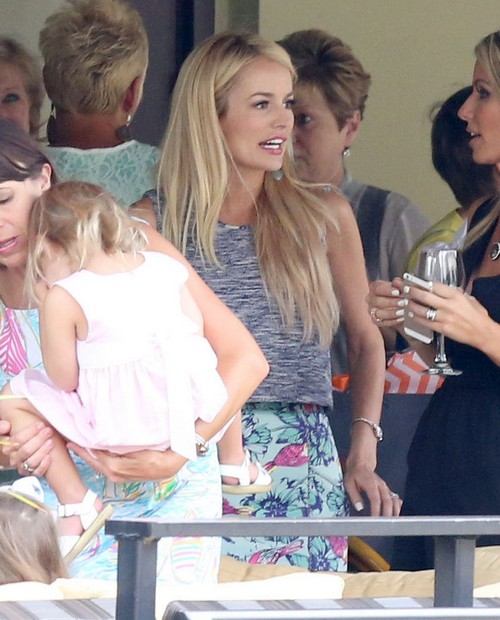 Former Bachelorette Emily Maynard just gave birth to her baby boy Jennings eight months ago, so you can imagine everyone’s surprise when she announced this week that she and her husband Tyler Johnson are expecting another little one and she is pregnant with baby number three! Emily has a daughter named Ricki from a previous relationship, and Jennings was born in July 2015.

Just like you, we began scrambling to do the math as well. How pregnant is Emily Maynard? Are she and Tyler Johnson going to be the proud parents of Irish twins (children who are born literally 9 months apart)? Luckily, the former Bachelorette sat down with Wetpaint and straightened out all of the math for us and revealed her due date.

Emily Maynard dished that baby number three will be born in September 2016 – so she is roughly two months pregnant right now. Since baby Jennings was born last July, that means that he will only be 14 months older than his new baby brother or sister. Emily went on to explain that she and her husband Tyler Johnson have decided not to find out the sex of their unborn baby – they want it to be a surprise.

Here’s to hoping it’s another boy, seeing as how their house is already full of all of Jennings’ blue stuff.
As far as baby names go, Emily and Tyler obviously haven’t picked one out yet seeing as how they have no idea whether or not baby number three is a boy or girl. Emily joked to Wetpaint that her daughter Ricki really wants her baby brother or sister to be named after one of her favorite Harry Potter characters.

Congratulations to Emily Maynard and Tyler Johnson! And, good luck chasing after two babies under the age of two years old.