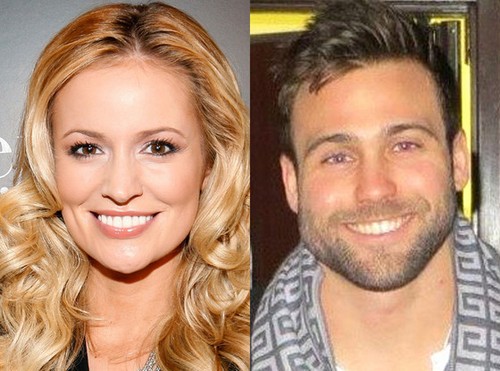 The Bachelorette‘s Emily Maynard has finally found love again. After being jilted by her ex-suitors, she recently started dating photographer Tyler Johnson. They don’t necessarily have a lot in common, but Tyler must be a brave man considering that Emily has been humiliated by broken engagements and she’s also had to deal with the public speculation of faux reality show relationships. However, a source close to the couple state that Emily and Tyler are getting ‘very serious’, adding, “He’s met her daughter, Ricki, and they’re already like a little family unit… They take each other to weddings and will be spending the holidays together.”

However, will Emily end up with yet another broken engagement to show for this relationship? She’s already broken up with Jef Holm and Brad Womack, and although they were both ‘TV engagements’, it still counts. Alas, the source adds that Emily’s not willing to take that risk again, and is taking her time this go-around, explaining, “She’s also had two public, broken engagements so she’s definitely going to hold off on getting engaged again until they are very, very sure.”

Hmm. Emily totally knew what she was getting into with both of those engagements, and I don’t think anybody expected those to last. I mean, she was on The Bachelor and The Bachelorette, for goodness sake. Why would she think they would last? This time around, it’s probably smart of her to take her time, but she’s automatically at an advantage since this relationship won’t be as scrutinized. While that probably sounds like a bad thing for reality stars, it’s probably a good thing for the longevity of their romantic relationships.

What do you guys think about Emily and Tyler getting serious? Would you be surprised to see the two engaged soon? Let us know your thoughts in the comments.