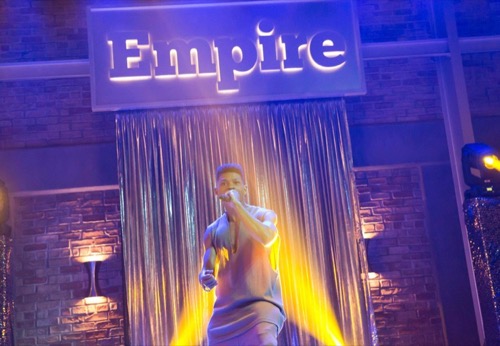 Tonight on FOX Empire airs with an all new Wednesday April 6, season 2 episode 12 called, “A Rose by Any Other Name” and we have your weekly recap below. On tonight’s episode, Camilla (Naomi Campbell) digs her claws deeper into Hakeem, (Bryshere ‘Yazz’ Gray) while the rest of the Lyon family work to get him back on their side, but without realizing Empire’s acting CEO has his own plan.

On the last episode, Lucious announced he would stop at nothing to be at the top of his company again, but he’ll have to make his way past Cookie first. Meanwhile, Rhonda, Andre and the rest of the Lyon family struggled to come to terms with a horrific tragedy that would change their lives forever. Did you watch the last episode? If you missed it, we have a full and detailed recap right here for you.

On tonight’s episode as per the FOX synopsis, “Camilla digs her claws deeper into Hakeem, while the rest of the Lyon family work to get him back on their side, but without realizing Empire’s acting CEO has his own plan. Meanwhile, Jamal receives backlash from his fans; and Andre and Rhonda’s marriage is tested.”

Don’t forget to join us for our live recap tonight at 9:00 pm when Empire airs on Fox.

Tonight’s episode of Empire kicks off with a small press conference at headquarters, of course Hakeem is sitting pretty in the CEO seat. He announces that Cookie will be the new head of A&R, Andre will continue as chief financial officer and as a the president of Guttah Life Records. Jamal will be stepping down as vice chairman and will be focusing on his Black & White album.

The press gets a chance to ask a few questions, Harper Scott wants to know what Lucious is doing right now. Cookie interrupts and says that Luscious is focusing on his video “Boom Boom Boom Boom.” Hakeem says that Empire will be supporting Luscious’ work, even though he isn’t a part of the company any more.

The reporter – Harper Scott – pays Lucious a visit afterwords. She asks Lucious how he plans on taking back his company, can we expect violence? Harper taunts Lucious and laughs that he never saw the takeover coming. His guards escort Harper out as Lucious throws a temper tantrum and starts smashing things.

Meanwhile, back at Empire – Hakeem’s power is going to his head. He has everyone gather around and listen to him perform his single “Power.” Then, he unveils the company’s new logo – which is a picture of his face.

Andre sits Rhonda down, they have to talk. Apparently Andre had a vision, and he thinks that it is a sign that someone pushed her down the stairs and made her lose their baby. Andre is certain that it wasn’t an accident. Rhonda doesn’t want to keep rehashing the past – she wants to move on. She asks Andre to help her get in to Camilla’s high-fashion clothing line at Empire. Andrew agrees on one condition – Rhonda has to go to church with hi for grief counselling.

Cookie shows up at Lucious’ “Boom Boom” video set. She goes over the story boards for the video with him and gives him some pointers. Lucious plays a clip of some piano music that he bas been working on. Cookie is impressed, she says that Hakeem might have done him a favor – this is the best work that he has done in a while.

Andrea barges in – he has bad news, Camilla slashed the budget for Lucious’ music video. Lucious is livid – he shouts that she can’t do that, but legally she absolutely can. Cookie reminds Lucious to stick with the plan, he needs to keep his cool until Hakeem gets enough dirt on Mimi and Camilla and proof that they set up Lucious.

Jamal leaves Empire, and he is surrounded by a couple dozen angry gay rights’ activists – they dance around him and sing that he is a flip-flop, while rubbing sandals in his face. Apparently, they feel like Jamal has sold them out.

Hakeem is trying to make out with his girlfriend Laura – but Camilla barges in. Laura heads down stairs to A&R. Camilla snarks that Hakeem was supposed to get rid of Laura, he is going to be a king some day, and she is just pathetically in love with him and slowing him down. Hakeem tries to remind Camilla that she is married – and it’s none of her business who he is seeing.

Cookie is trying to plan Tiana’s tour – but Jamal storms in, he is freaking out after his run-in with the flip-flop singers. He blames Lucious for losing the gays’ support. While Cookie is trying to calm down Jamal, Andre barges in with an even bigger problem. Apparently, Camilla won’t approve the budget for Tiana’s tour. Cookie is livid, she screams at Andre that Camilla has got to go, she doesn’t care if he has to build a rocketship and send her to the moon.

Cookie crashes Tianna’s rehearsal and tells her that they are going to have to put her tour on hold. Tianna is furious – she threatens to quit. Cookie has another trick up her sleeve though. She sits down with Camilla and offers to send Hakee’s girlfriend Laura and her group Mirage A Trois on tour with Tianna – if she will approve the budget. Camilla is thrilled about the idea of having Hakeem to herself for months while Laura is on tour, and she agrees to go approve the budget.

Hakeem is not as thrilled as Camilla when he hears the news. Cookie informs him that he has no choice – until he gets the evidence that he is supposed to be getting from Camilla, there are going to be a lot of things happening that he isn’t going to like.

Rhonda is working at Empire on the fashion line with Camilla. She is snooping around and overhears Camilla having a heated conversation on the phone. It looks like the Lyon’s are not the only ones with n axe to grind with Camilla.

Cookie heads out to an impromptu show being put on by Jamal. She’s pretty surprised when Jamal debuts a new story about how he is “Not Like His Daddy.” Jamal raps that Lucious is a liar, a criminal, and even calls his father inauthentic and reveals that Lucious Lyon isn’t even his real name.

Lucious decides to spin Jamal’s attack – he calls back the reporter Harper Scott. He has decided to “come out” and tell the world his REAL story. He wants to the world to know how a homeless orphan named Dwight became “the” Lucious Lyon.

Hakeem is supposed to be at a family meeting with Cookie, Jamal, and Andre – but he doesn’t show up. Andre is certain that Hakeem is playing them, and he isn’t going to help them get Camilla fired. Jamal pays Hakeem a visit and give him a pep talk – he needs to earn his family’s trust again and earn the CEO spot that fell in to his lap.

Hakeem is apparently inspired by his chat with Jamal, later that night he seduces Camilla. Afterwards, Camilla tells Hakeem that Mimi is coming in to town – and she can’t know about them. Hakeem pressures her to come clean to Mimi, but Camilla knows that she will take the company from both of them.

The next day Hakeem sends a sex tape that he made of him and Camilla to Mimi’s hotel room. Within a few hours, Hakeem’s plan works – and Mimi dumped all of her stocks in Empire. Cookie is thrilled – and beyond proud of Hakeem. Andre rushes to buy up all of Mimi’s stock, it looks like they are finally free of her.

Jamal and Hakeem are worried about Andre – he is not taking the death of his son well, and he has been acting crazier than ever. They invite Andre down to the studio to listen to a song they have been working on for him to help him cope with the baby’s death.

Later that night, Lucious shows up at the office. Cookie tells him that everything is taken care of and Hakeem got Mimi to dump her stock in the company. Lucious says he is going home to celebrate. But, he doesn’t go home, he stops by Mimi’s hotel room – where Camilla is trying to clean up Mimi’s dead body and make it look like she committed suicide.

Lucious still has an axe to grind with Camilla though. He pulls out a gun and shouts at her to take a drink of the same poison that she gave to Mimi. After bickering back and forth, Camilla sobs and drinks the poison. Lucious puts away his gun and tells her to “rot in hell” and storms out of the hotel room.