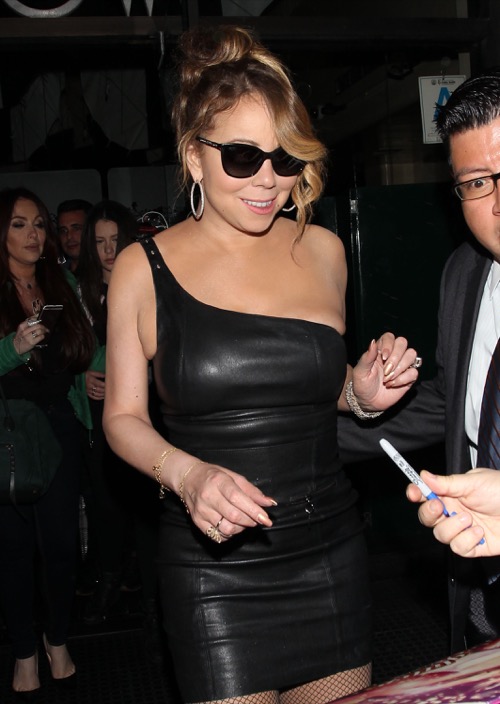 ‘Empire’ returns to Fox on September 21 at 9 p.m. ET for its third season and the all-star list of guest stars and celebrities making cameos grows. ‘Empire’ season 3 spoilers reveal that Mariah Carey has been cast in the role of Kitty, a mega-superstar who teams up with Jamal Lyon [Jussie Smollet].

Fox shared the great news in a press release issued on Monday, August 8. Executive producer Lee Daniels publicly stated during ‘Empire’ season 2 he wanted Mariah as a guest star and now the show runner has snagged the diva.

When Mariah Carey brings Kitty to ‘Empire’ she will be ready to collaborate with Jamal Lyon [Jussie Smollett] “on an explosive new song.”

Fans are already wondering if Kitty will be a love interest for Lucious Lyon [Terrence Howard]. It doesn’t matter that Lucious is married to Anika Calhoun [Grace Gealey]. If Lucious wants a woman the music mogul gets her – and he may want Kitty. But will Kitty want Lucious?

More ‘Empire’ spoilers for season three include a not-yet-official report that hip-hop legend Biz Markie will also appear on ‘Empire’. Taraji P. Henson [Cookie Lyon] posted a photo on Instagram mugging with Biz and wrote, “Look who we high jacked for #Empire the great @officialbizmarkie.”

Look who we high jacked for #Empire the great @officialbizmarkie 💋💋💋✌🏾️

Showrunner Lee Daniels has gathered an impressive list of celebrities as guest stars and in recurring roles for ‘Empire’ season 3. Cookie may have a new man in her life. Taye Diggs has been cast in the recurring role of Angelo Dubois.

Lucious and an old rival may battle over a young talented singer. Xzibit has been cast as Lucious nemesis Shyne Johnson, and Sierra McClain [Nessa] will appear in a recurring role as Shyne’s protégé.

Add a few rappers to the list of cameo appearances and guest stars. Romeo Miller, French Montana and Birdman will all make appearances on the third season of ‘Empire.’

If that weren’t enough, ‘Empire’ fans will finally see how Cookie and Lucious’s romance began as teenagers. Ajiona Alexus [Cookie] and Jeremy Carver [Lucious] will appear in flashbacks.

Another young protégé will be added to the mix. Ezri Walker has been cast as Zeah, a 16-year-old super intelligent nerd with incredible music talent will discovered by Lucious. The young man will be forced to decide between a college education from an elite university or an uber-successful music career.

‘Empire’ viewers cannot wait for Mariah Carey to charge into Empire Records as Kitty and begin her musical collaboration with Jamal. And maybe a red-hot romance with Lucious.