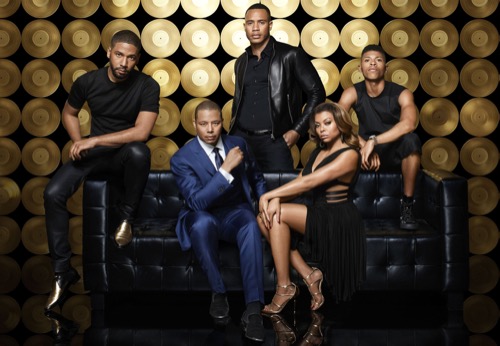 The ‘Empire’ spoilers for season 3 keep coming. The latest casting news is that Ajiona Alexus has been chosen to play a teenage Cookie Lyon [Taraji P. Henson] and Jeremy Carver has been tapped to portray a teenage Lucious Lyon [Terrence Howard] in flashback scenes. The roles are recurring.

‘Empire’ spoilers for season 3 include the addition of musician and actor Ezri Walker who has been cast as Zeah, a nerdy 16-year-old with an edge and real talent as a rapper. “The teenager finds himself torn between a future at an elite university and a career at Empire under the guidance of the legendary Lucious Lyon,” Deadline reports.

Ajiona Alexus will be a teenage Cookie, described as a beautiful and innocent teenager whose Catholic school uniform cannot hide that “Cookie spark. Ajiona joins the cast of ‘Empire’ fresh off the NBC drama ‘Code Black.’

Jeremy Carver will play Lucious as a teenager with an incredible voice who has a bad-boy edge that will capture the heart of the innocent Cookie. This is Jeremy’s first major role.

The mega-hit Fox drama has added many heavy-hitters to its roster of new cast members, recurring characters and guest stars making cameo appearances. Just days ago it was announced that Taye Diggs signed on in the recurring role of Angelo Dubois a New York councilman.

Other additions to the cast include three rappers – Kid Cudi as Gram, a personal and professional Rival for Hakeem [Bryshere Gray], French Montana as a music mogul named Vaughn, and Xzibit as Shine, a rival of Lucious’s. Sierra McClain has signed on to play Nessa, a singer with tremendous talent who is Shine’s protégé.

The list of Hollywood and music industry heavy hitters joining the cast of or making cameo appearances on ‘Empire’ keeps growing. Stay tuned for more ‘Empire’ spoilers and updates.