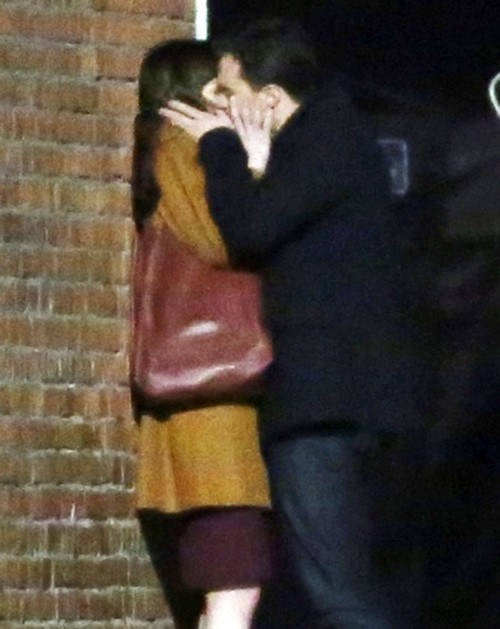 Uh-oh! Things are not looking good for “Fifty Shades Darker” actor Jamie Dornan. It appears that movie director James Foley was not pleased with how the actor is reprising his Christian Grey role that he was considering having Dakota Johnson’s leading man replaced. Yikes!

It can be noted that CDL recently exposed Jamie Dornan’s trouble with reconnecting with his titular character since his wife, Amelia Warner, gave birth to their second child. The issue was not at all petty since his costar also struggled to re-establish their onscreen chemistry.

In February, some scenes of the Razzie-named “worst onscreen couple” had to be filmed again after producers of the E.L. James explicit romance novel’s big screen adaptation noticed the lack and probably the absence of steamy connection between the two leads.

Now, word has it that Sam Taylor-Johnson’s replacement was also fed up of the lackluster performance of Jamie Dornan that it came to a point when he almost gave up on the 33-year-old actor. We’re not entirely sure if this was just Foley’s way to motivate the actor, but somehow it proved to be helpful.

Just this Thursday, Dakota Johnson’s Anastasia Steele and Jamie Dornan’s Christian Grey were spotted engaging in a steamy lip action on the Vancouver set of the film. Dornan was noticeably back to flaunting his dominant side to his leading lady that his gestures were believably dominant, especially when he pressed his face against his partner’s face.

Filming for the “Fifty Shades of Grey” sequels is still ongoing, so we’re hoping that Dornan can maintain his vigor and motivation to give it his all despite missing his daddy duties to his family. Plus, the side-by-side filming of “Fifty Shades Darker” and “Fifty Shades Freed” will soon pay off since both movies are expected to do well at the box office, just like how the first movie did when it earned over $571 million at the worldwide box office.

Jamie Dornan and Dakota Johnson are spotted on the set of ‘Fifty Shades Darker’ filming night scenes in Vancouver, Canada on March 24, 2016 by FameFlynet