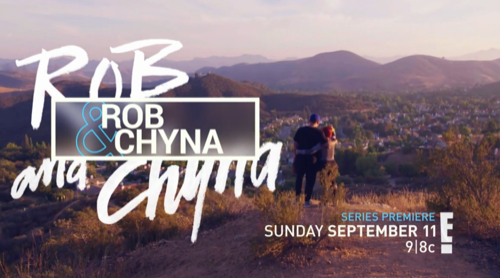 Fans of E! Network’s show Keeping Up With the Kardashians will be excited to know that the first trailer of their upcoming reality series, Rob & Chyna has been released. In the opening scenes, you see Rob tell his bride-to-be, Blac Chyna, that he fell in love with her because she seemed to be “good” and “loyal”. The couple are all smiles and holding hands while they baste in their pre-wedding bliss.

The temperature seems to drop drastically and quickly. “Are you still texting bleeps? Yes, or no!?” You see Chyna screaming into the phone shortly before tossing a bouquet of flowers into their swimming pool. 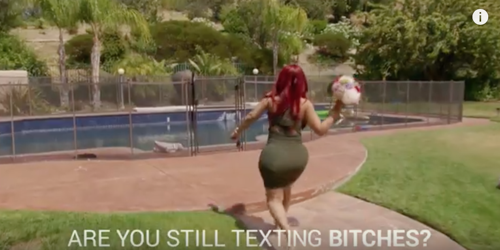 Family Matriarch, Kris Jenner says, “They’re cute and they’re complicated, and they are about to become a family!” The trailer teases that there will be appearances by Kris Jenner and some of Rob Kardashian’s famous sisters. We are not sure about Khloe Kardashian’s take on all of this. She was very vocal over her disapproval of first catching Chyna and Rob in her own house to his shocking proposal that he did in front of Chyna’s family but not one Kardashian nor Jenner knew about it, to Chyna’s pregnancy.

“That Rob wants to be so public blows my mind”, Khloe says off-screen, referencing to her younger brother’s decision to star in the six part docu-series that will follow the youngest Kardashian, Rob’s relationship with Chyna, from their engagement to the pregnancy. Most fans found it a bit shocking since he has vanished from Keeping Up With the Kardashians for the last few seasons, stating he hates being in the public’s eye.

Who can really blame Khloe for her concerns about her brother. Khloe has always been the one who is always protecting Rob and sheltering him from, not only the outside world but also their sister Kim Kardashian West. Kim has never held back her views on what she really thinks about Rob and his constant dilemmas. Kim has NO issue telling her mom, Kris to stop “babying” Rob, but seems to forget that she has been living at her mother’s house for years while her and her husband, Kanye West wait for the renovations to be done on their house; renovations that seem to be never ending!

“Are you ready to be a daddy?” Chyna asks as Rob kisses her pregnant belly. Cute, no? Rob & Chyna’s series premiere is set for Sunday, September 11th at 9 p.m. on E!

Share your thoughts in the Comments section below, on our Facebook Page,  join our Facebook Group or Head over to our Discussion Board to Talk Criminal Minds!