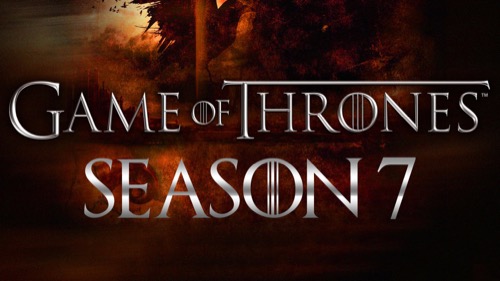 Game of Thrones Season Six brought in a staggering 23 Emmy nominations, it had been the most ambitious season ever for an HBO series. There was no doubt in fans’ minds that Game of Thrones would receive that many nominations, it featured epic battles, bloody score-settling, shocking twists, including the resurrection of the dead of a major character. It was such an intense season, that even President Barack Obama asked if Jon Snow was really gone forever?!

Creators Weiss and Benioff have been working on the narrative now since they have blown past all the books of George R.R. Martin. They are busy back in Belfast, prepping for Season Seven and setting up a final season that will finish the most epic Medieval power struggle ever seen on TV.

The fight for the Iron Throne is coming to an end now that Game of Thrones only has two seasons left. Even though Creators Benioff and Weiss’ lips are sealed when it comes to the conclusion of the power struggle, they are willing to offer hints as to who will be left to rule the Seven Kingdoms.

They are focusing on four possible Victors: Daenerys Targaryen, Cersei Lannister, Jon Snow and the Night King. They are not the only people in Westeros who could possibly take the power, they simply have emerged as the front-runners. All their strategies and skills are very different, and that is one of the key parts that has made this series so intriguing.

Of course if good is to beat evil, Daenerys or Jon Snow should end up in power; and who knows? It may even be the both of them since they are related. Daenerys brings her boundless confidence in herself and her mission in this world. It definitely helps that she has 3 dragons, an army and the Dothraki behind her.

Jon Snow also has a following, and you have to consider his track record of leadership: elected as Lord Commander of the Night’s Watch, winning over the Free Folk, and becoming King in the North. The downside is his honorable nature. When a man plays by the rules, he will have a harder time defeating men and women who don’t.

Cersei Lannister is one of those who has no problem fighting dirty, and it was only her children that were holding her back; with them all dead, we will get to see her true ruthlessness.

Who else cannot wait for Season Seven? We all know that things quickly change in the Seven Kingdoms, and in the new season, we will definitely see how the balance of power will be shifting.