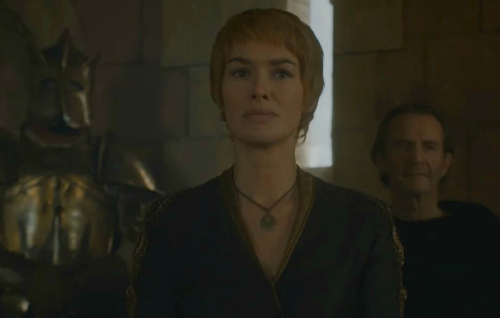 “Game of Thrones” spoilers for the Season 6 finale are heating up – and HOT is the operative word. Will Cersei Lannister (Lena Headey) burn down King’s Landing? That seems to be where things are headed and by season’s end, Cersei may channel mad King Aerys Targaryen.

Here’s why it’s possible that Cersei may end Season 6 in a burning rage that kills her last child.

When Meera Reed (Ellie Kendrick) was dragging Bran Stark (Isaac H Wright) from the caves while poor now-dead “hold the door” Hodor (Kristian Naim) held back the walkers, Bran had one of his prophetic past/future visions.

If you slowed it down, you saw the mad king on the throne and the casks of wildfire beneath King’s Landing. Remember, Tyrion Lannister (Peter Dinklage) used wildfire to repel the invasion of Stannis Baratheon (Stephen Dillane) into the city. 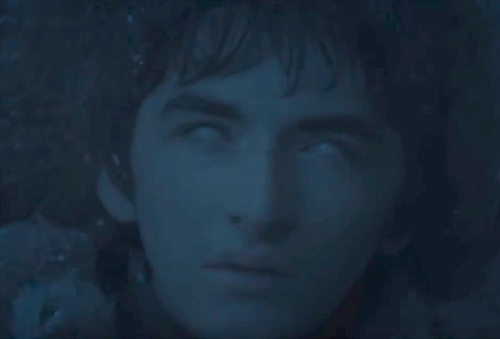 When Tyrion used it, he respected its power but Jaime Lannister (Nikolaj Coster-Waldau) told Cersei that “Wildfire is treacherous.” Cersei was fascinated by it, though, and told her brother-lover, “The flames are so pretty.”

Now it seems, Cersei will use the wildfire to try and burn out the High Sparrow (Jonathan Pryce) since she can’t think of another way to oust him from King’s Landing.

Cersei still faces her trial and King Tommen  (Dean-Charles Chapman) announced a kibosh on trial by combat. Thing is, trial by combat was Cersei’s only chance since she has Franken-Gregor (Hafþór Júlíus Björnsson) at her beck and call.

But now that he can’t fight for her, Cersei has to face a trial she knows she can’t wait and either death or more shaming as the punishment for her crimes. Loras Tyrell (Finn Jones) also faces a trial for his “sin” of being gay.

It remains to be seen of Loras will die as a result of punishment from the Faith Militant or will burn in the fire that Cersei seems to be planning. 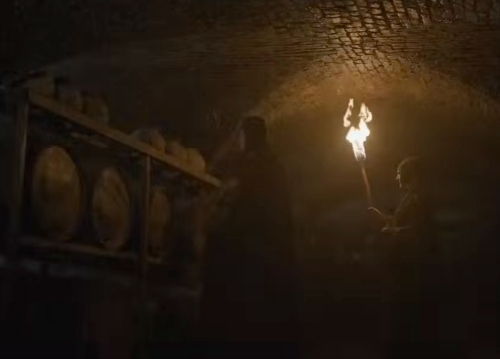 Cersei whispered with Qyburn (Anton Lesser) about something she asked him to investigate and he whispered to her in Sunday’s episode there was “much more” and many “Game of Thrones” spoilers indicate it’s wildfire they’re discussing.

The wildfire notion ties back to deaths predicted in the finale including King Tommen dying by jumping out a window. The young king isn’t suicidal, but the flames of wildfire licking at his feet would certainly make a window seem appealing.

Will Cersei show to the trial but bar the doors to trap them and let it all burn down? Cersei told Jaime they must “show them what we do to our enemies” and that they must treat those that rip their family apart “without mercy.” 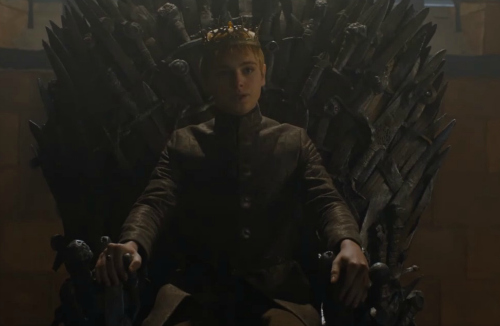 It’s not likely that Cersei would knowingly burn her son, but he might be collateral damage. Cersei promised Tommen she would “burn cities to the ground” to protect him. With Tommen dead, likely on accident, Cersei may take the iron throne for herself.

Will Jaime return to King’s Landing as it burns to the ground? Will he turn on Cersei over the death of their last child? Or will Cersei and Jaime take comfort that they still have each other?

Is Tommen’s death by defenestration cold karma for Jaime tossing Bran out a window in Season 1? What do you think GoT fans? Will Cersei burn down King’s Landing in angry vengeance to destroy the Faith Militant?

Share your comments below and check back with CDL often for more “Game of Thrones” spoilers for Season 6 plus LIVE recaps every Sunday night.