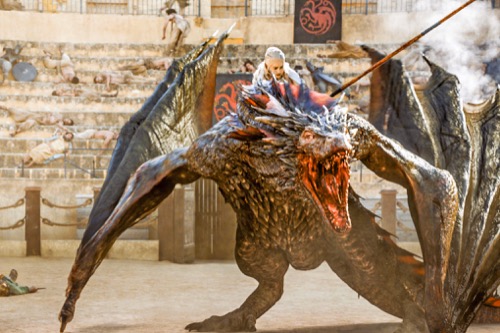 ‘Game of Thrones’ spoilers for season 7 tease that the mysterious Prince Rhaegar Targaryen will make an appearance, possibly through a flashback. Daenerys Targaryen [Emilia Clarke] will fight the ultimate battle – one even bigger than ‘GoT’ season six ‘Battle of the Bastards.’

Prince Rhaegar has been mentioned George R.R. Martin’s books upon which ‘Game of Thrones’ is based, but viewers have yet to see the eldest son of King Aerys II Targaryen and his sister/wife Queen Rhaella.

‘I See Stars’ singer Devin Oliver hinted that he has joined the cast the season 7 cast of ‘GoT’ when he posted a photo on Instagram. Looking very much like a Targaryen, Devin wrote, “I may or may not have an appearance in ‘Game of Thrones’ season 7.”

If the singer has been cast as Prince Rhaegar, Uproxx reports that the mentioned but never seen character will probably be seen in flashbacks. Those flashbacks may be related to Khaleesi Daenerys Targaryen’s fight for control of the 7 Kingdoms. The Mother of the Dragons, according to season 7 ‘Game of Thrones’ spoilers, will lead the Unsullied into battle along with her dragons.

‘Game of Thrones’ fans may not have seen the last of Gendry [Joe Dempsie] either. Spoilers reports that Gendry will return and marry Arya Stark [Maisie Williams]. The marriage would bind the House of Baratheon and the House of Stark again. Unfortunately, it seems Ceresi Lannister [Lena Healey] will meet an untimely death.

‘Game of Thrones’ will be back in the spring of 2017, speculation reveals the HBO series may return in April of next year. Showrunners David Benioff and D.B. Weiss have already confirmed that ‘GoT’ season 7 has seven episodes in production. Season 8 of ‘Game of Thrones,’ the series final season, will have just six episodes.

Previous ‘Game of Thrones’ spoilers teased that there may be a prequel to the HBO drama. Author George R.R. Martin still has two books to complete and revealed that there are thousands of pages he has written about the fictitious Westeros.