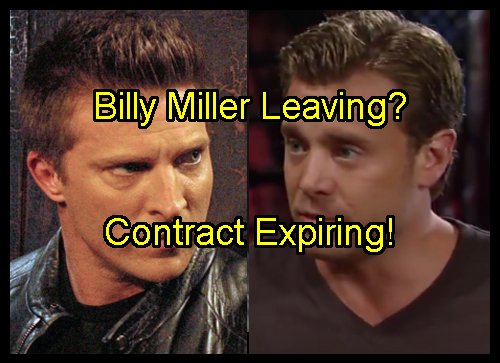 New General Hospital (GH) spoilers tease that talk of Steve Burton returning as Stone Cold Jason Morgan might have merit. Billy Miller’s contract at ABC is rumored to expire this month with no confirmation that he’s signed an extension.

Since Steven Burton will wrap his stint on The Young and The Restless in December, the actor is available. Last September, renewal talk had us worried that we’d lose Billy Miller as Jason, but then he signed a rumored one-year contract extension.

There is no confirmation yet of whether Billy Miller has extended for another year or is planning to leave. It already feels like Miller doesn’t get enough screen time as Jason, only doing short episode arcs here and there.

This could be because he’s busy auditioning for other projects or it could be because GH’s cast is so bloated they can only afford to have Miller on for half the month. Is Billy Miller considering an exit and that’s why no news of a contract renewal?

With Steve Burton available at the end of the year, if Miller is considering leaving, it would be perfect timing for the return of Burton as Stone Cold. For many fans, Steve Burton will always be their Jason Morgan if choice.

Fans were crushed when Jason was killed off and then with Miller’s recast, some fans never embraced him as Jason and still consider Steve Burton the “real” Jason. Others loved Miller from the start because they were Y&R Billy Abbott fans. 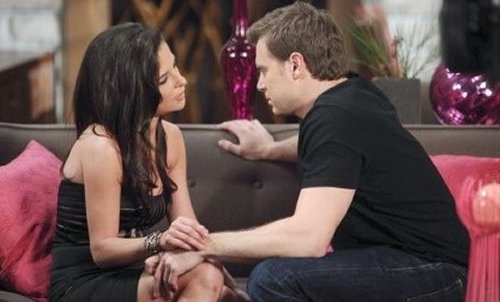 A third faction of GH fans have grown to appreciate Miller in the role even though they weren’t initially happy with the recast. But there remain tons of GH fans that would dance in the streets if Steve Burton did come back.

Consider this. GH has been harsh on contracts lately. Rebecca Herbst (Elizabeth Webber) and Roger Howarth (Franco) were reportedly put through the ringer at renewal time and Tyler Christopher (Nikolas Cassadine) was shown the door.

According to Tyler, speaking to fans at a recent GH event, his contract renewal fail was over money. Since Burton is a daytime actor with occasional voice roles, he may come at a lower cost than Miller who also does prime time and movie work.

Given GH’s recent offing of Sabrina Santiago (Teresa Castillo) and then ending the run of the excellent Richard Burgi as the climax to the Paul Hornsby killer case, we know that GH showrunners will do what they want and fans will have to live with it.

What do you think GH fans? Would you like to see Steve Burton back as Stone Cold or do you prefer Billy Miller as Jason Morgan? The stars are aligned in terms of Burton’s and Miller’s contracts to bring back Burton, but only time will tell if TPTB at ABC are considering it.