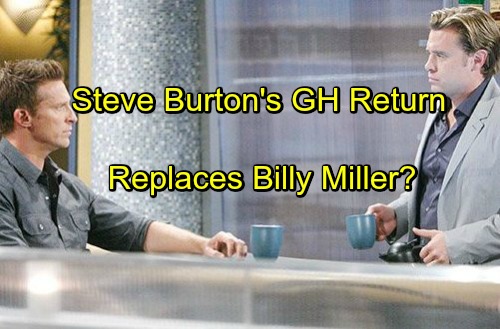 New General Hospital (GH) spoilers tease lots of action coming up for Jason Morgan (Billy Miller) but with Steve Burton announcing his departure from The Young and The Restless, could we see fan fave Burton back to Port Charles as Stone Cold?

Fans are already clamoring on social media for the return of Burton in the role he originated and that GH fans grew to love. But how could this work out since Billy Miller is already set in the role?

It would be strange given the plastic surgery storyline, but it could be done. Consider this. When Jake Doe came to Port Charles, he had a new face and no clue who he was – and no memories of being Jason Morgan. 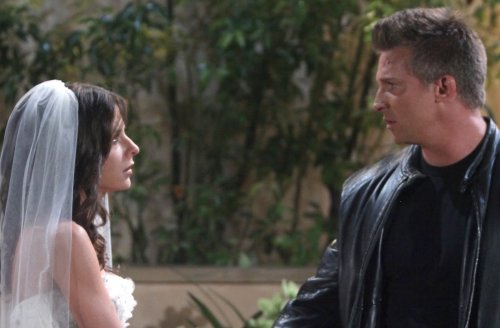 Plus, he had been in the hands of Helena Cassadine (Constance Towers) so anything is possible. It would be easy for Helena to change the DNA files from the prison system – heaven knows there have been plenty of faked DNA tests in Port Charles.

Steve Burton could return as the “real” Stone Cold Jason Morgan and Billy Miller’s Jason could be exposed as a fake that Helena brainwashed and gave fake memories so that he could unknowingly pretend to be Jason.

Sure, it’s far-fetched, but this is GH! They resurrected Jake Webber (Hudson West), Duke Lavery (Ian Buchanan) and have created evil twins, secret sisters and vampires. Two Jasons would be right up their alley… 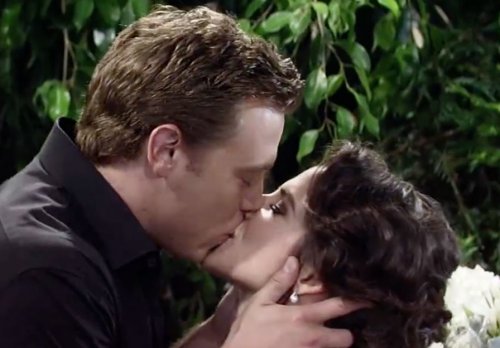 Imagine the shock for Sam Morgan (Kelly Monaco) when she realizes her Jason is back and she’s married to fake Jason. Remember Helena’s curse promised Sam would never know happiness. As “out there” as this story would be, it would be fun to watch.

That also opens up a new storyline for Elizabeth Webber (Rebecca Herbst) since she and Jake Doe were awesome together. It would be a wild, fun mess to sort out and would shake up Port Charles.

Alternately, GH could simply recast with Steve Burton, make the replacement announcement and pretend like nothing is amiss by putting Jason’s old face back on the character. Michael Easton has played multiple GH characters, after all.

If there’s any chance that GH could nab Steve Burton when he exits Y&R in December, it would be a real coup to bring him back as Stone Cold. GH might be wise to snap up Burton while they can (if they can).