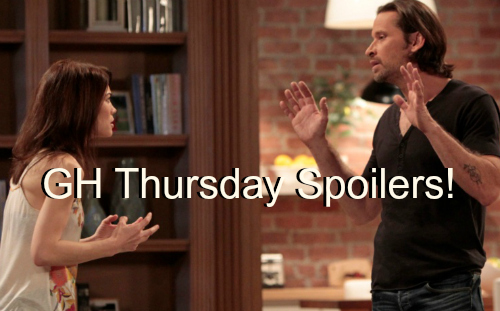 General Hospital (GH) spoilers for the Thursday, June 23 episode tease a twist in the Ava-Nikolas kidnapping drama, Franco opens up to Liz about his feelings, Anna gets a rude awakening on her blind date, and Morgan gets a reality check.

Ava Jerome (Maura West) will get the lock loose on the door at Huxley Manor and she and Nikolas Cassadine (Nick Stabile) are ready to make a run for their freedom. Unfortunately, Margarethe (Diane Delano) is there to try and stop them.

Huxley Lynch’s (Trent Dawson) assistant won’t let them go if she can help it. General Hospital spoilers reveal Ava does something horrifying. Will she get violent with Margarethe so they can make an escape – or sacrifice Nik so she can get away?

Unaware of the drama inside the manor house, Sam Morgan (Kelly Monaco) and Jason Morgan (Billy Miller) lurk outside and plan how to get inside, get Nikolas and Ava and get out undetected. Sam gives Jason an unwelcome reminder that his fate rests on this.

If Nikolas gets away or is killed in the escape, Jason will be no better off than if they never found him. Will Sam and Jason rescue Nikolas and Ava? Or will they break into the manor house and find the duo already gone? Will they have a run-in with Huxley or Margarethe? 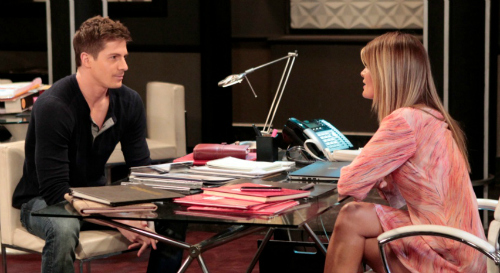 Franco (Roger Howarth) took Liz Webber (Rebecca Herbst) way off guard with the kiss, but what bothers Liz is that she was really into it for a moment. But once that moment is gone, Liz will freak out and Franco will admit it surprised him too.

But then Franco comes clean that he likes the way Liz makes him feel about himself. He sees the better part of him and his potential from her perspective. Liz will freak out because after the whole Jake Doe scandal, taking up with a reformed serial killer seems like a bad idea.

Dillon Quartermaine (Robert Watkins) heads to Crimson and runs into Nina Clay (Michelle Stafford) who is still thinking about Franco. Dillon asks if they’re getting back together. Nina and Dillon have a frank discussion about what Nina wants and he helps her gain clarity.

In the end, Nina wants Franco back in her life, not just in her bed, but it looks like that ship has sailed because after that impromptu kiss with Liz, the single mom is all that Franco can think about and he’ll ignore Nina’s texts.

At GH, Kiki Jerome (Hayley Erin) tells Morgan Corinthos (Bryan Craig) that they need to talk about what’s between them. Does Kiki want to give Dillon a try because her past with Morgan is so convoluted? She’s got to cut one of them loose, but we know a triangle is brewing here. 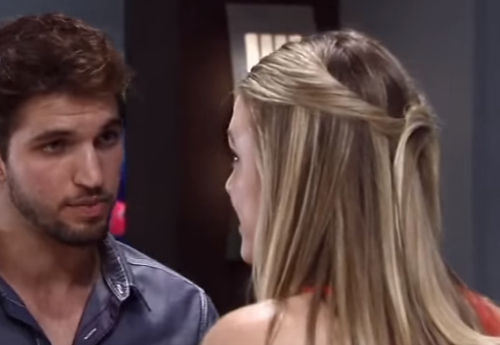 At the MetroCourt, Anna Devane (Finola Hughes) – aka Zero Dark Flirty – prepares to meet her blind date “Tender Legal.” Imagine her shock when Paul Hornsby (Richard Burgi) reveals himself as her date for the evening.

Paul says he knows she really likes him deep down, but Anna denies it. Will Anna walk out on the date or can Paul talk her into sticking around for a few drinks? Anna made that mistake with the one night stand last year, so she’s cautious. What will happen?

Share your comments below on these GH spoilers for the Thursday, June 23 episode and be sure to check back with CDL often for more General Hospital spoilers and news.