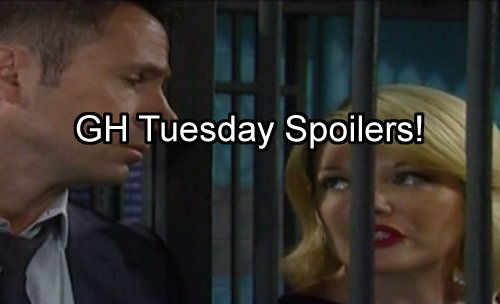 It seems like few in Port Charles expect a guilty verdict from the jury against Julian Jerome (William DeVry). Paul Hornsby (Richard Burgi) killed his case as mercilessly as he’s killed those GH patients and it’s dead. Ava Jerome (Maura West) tells her brother that he owes her. 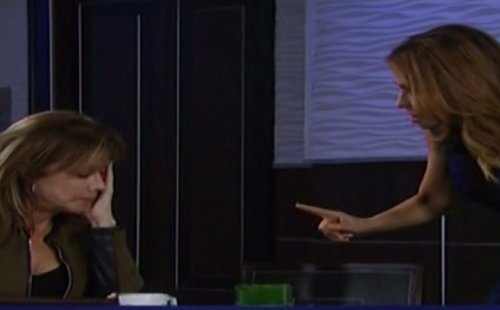 Ava is confident they’ll hear “not guilty” when the jury comes back and Olivia Falconeri (Lisa LoCicero) thinks so too. Olivia confronts Alexis Davis (Nancy Grahn) at the MetroCourt over her drunken antics on the stand. The funny thing is, Alexis has no clue what Paul did to her.

Because she skipped breakfast and was day-drinking, she thinks it’s all on her. Olivia yells and tells her if Julian walks free, it’s because of Alexis and that means Leo is at risk from his homicidal daddy. Griffin Munro (Matt Cohen) is also shocked at the coming verdict. 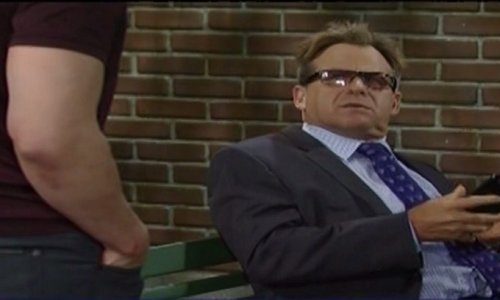 Griffin enjoys a walk in the park when he hears Scotty Baldwin (Kin Shriner) on the phone discussing the slam dunk defense and that he expects his client to walk free. Griffin is stunned and asks Scotty if it’s true Julian will be acquitted of murdering Duke Lavery (Ian Buchanan).

Carly Corinthos (Laura Wright) and Sonny Corinthos (Maurice Benard) realize that a conviction is a long shot at this point and Carly knows what that means – Sonny will avenge Duke’s death. Carly begs him to break the circle of violence and asks him to promise the killing stops now. Will Sonny give in to her ultimatum? 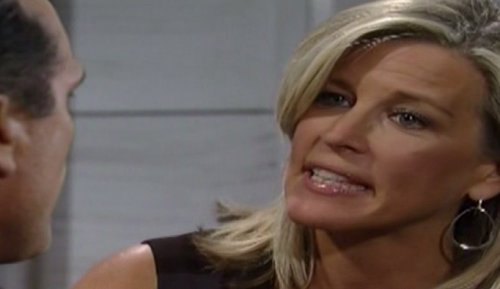 Dillon Quartermaine (Robert Watkins) shows up to court and Paul tells his son that he’s done a very bad thing. General Hospital spoilers tease that he’ll open up to his son and some of the motive for the GH killings will spill out but Paul won’t admit to Dillon he’s the Derisifol-wielding maniac terrorizing the hospital.

Claudette Bolland (Bree Williamson) did not come clean to Griffin, but clearly she’s got something to hide. Nathan West (Ryan Paevey) shows up as requested and Claudette tells him that she’s in trouble and desperately needs his help. Nathan’s world will be rocked by what she has to say. 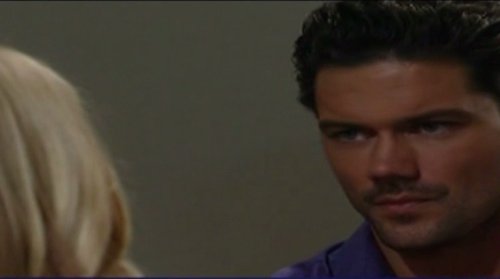 GH spoilers tease this all ties back to why Claudette has no digital footprint for the past few years. Could be that Claudette is hiding something about her life – or that she’s hiding from someone. What sort of trouble could Claudette be in and was she dealing dirty with more people than just Griffin and Nathan?

What do you thing GH fans? What is Claudette hiding? Will Sonny explode when Julian is acquitted? Can Griffin cope if his dad’s killer walks free? Share your comments below and be sure to check back with CDL for all the latest General Hospital spoilers and news.

All you have to do is tell the truth. pic.twitter.com/8hM0pZCqq9