‘General Hospital’ Spoilers: Con-Woman Nelle Out for Revenge – Karma for Carly’s Shady Past in Port Charles 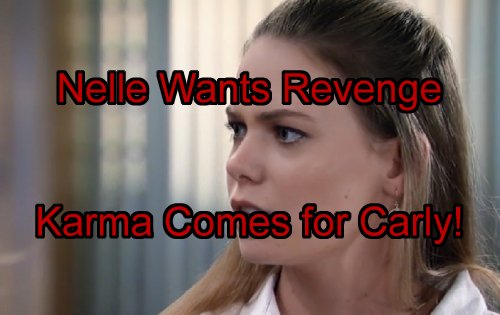 New General Hospital (GH) spoilers hint that Nelle Hayes (Chloe Lanier) is up to no good – and it seems like Carly Corinthos (Laura Wright) may soon feel some karmic payback coming her way for all the awful things she did when she first came to Port Charles years ago.

Carly might be semi-respectable now, but she was quite the con-woman herself when she first hit town. Remember Carly lied about who she was and had taken someone else’s identity as a teenager. Carly came to town seeking revenge on Bobbie Spencer (Jacklyn Zeman). 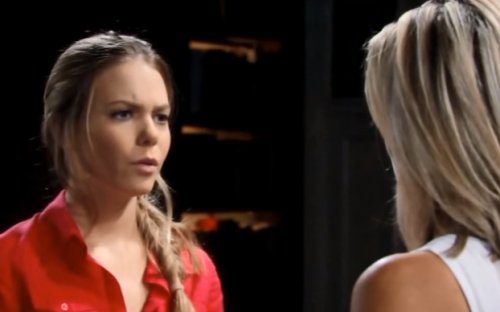 She wanted to get back at for Bobbie giving her up for adoption as a baby. Essentially, Carly felt that her life had been stolen from her and was even angrier when she saw that Bobbie was leading a fancy existence in Port Charles and married to a doctor.

Similarly, Nelle is in town for revenge because her kidney was taken from her against her will. Just like Carly saw the lush lifestyle of Bobbie and Tony Jones, Nelle saw that Carly and Sonny Corinthos (Maurice Benard) are wealthy and felt slighted. 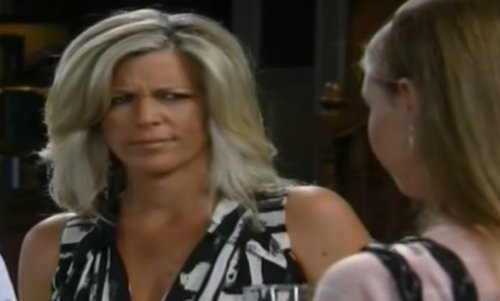 Nelle mentioned that since her shady parents sold her kidney to save their home from foreclosure, she’s tired a lot and often sick. To Nelle, it probably seems like Carly paid big bucks to ruin her health and that doesn’t seem fair. No kid should have to go through that.

Of course, Carly did no such thing. General Hospital spoilers tease it was Jasper Jacks (Ingo Rademacher) that bought the kidney from Nelle’s parents since he was making shady phone calls the whole time he was in town and obviously knew something about the black market organ. 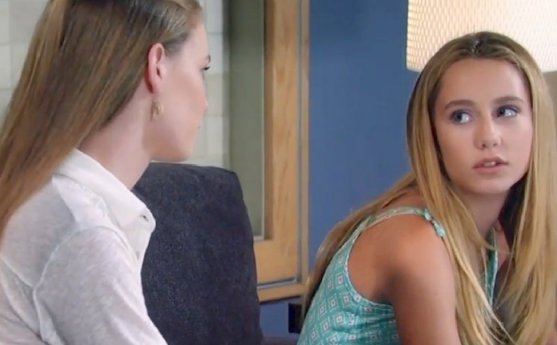 But Jax skipped town and Nelle is solely focused on getting revenge Nelle has been playing innocent and insisting she wanted to pay her own way but then she obviously set the nanny up to get fired. Nelle put Carly’s earrings in her purse then bumped her so they would fall out.

Nelle may not be what she says at all – she may not work with children – and the woman whose number she gave to Carly as a reference may be someone who knows she’s running a con on Carly. When Nelle took a call from her “boss” that said her job was cut, that was another phase in the plan. 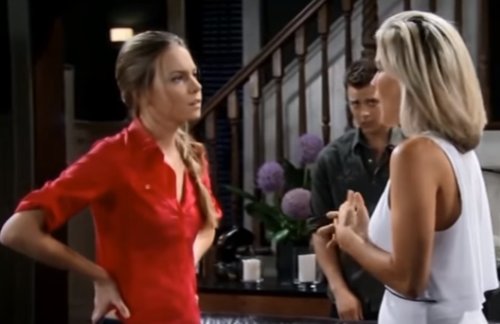 General Hospital spoilers tease that Carly will offer Nelle the full-time job of being Avery’s nanny which will put Nelle under the roof all the time so she can start scheming in a big way. Just as Carly tried to dismantle Bobbie’s life, Nelle will target Carly.

The one saving grace in all this is that Sonny Corinthos (Maurice Benard) is naturally suspicious and is already casting the side-eye at Nelle. Perhaps Sonny will ask Damien Spinelli (Bradford Anderson) to check into Nelle when the Jackal is in town for the JaSam wedding. 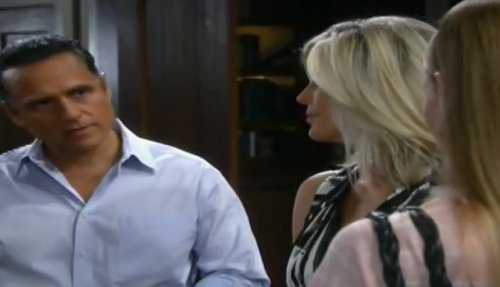 It’s clear that karma is coming for Carly and it will be served ice cold. Just as Carly came to Port Charles to stir up trouble because she was angry at Bobbie about her childhood, Nelle is doing the same. Carly got lucky and ended up with a good life of her own, but will Nelle be as fortunate?

What do you think GH fans? Is Nelle owed something for what she’s been put through? Do you think Carly deserves karmic payback for her similar antics back in the day? Share your comments below and check back with CDL often for the latest General Hospital spoilers and news.