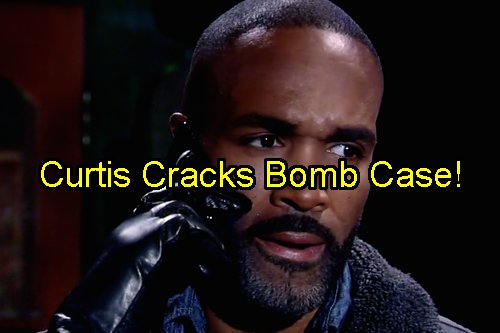 New General Hospital (GH) spoilers tease that Curtis Ashford (Donnell Turner) may soon prove that he’s the best cop in Port Charles when he investigates the murder of Morgan Corinthos (Bryan Craig) and finds a surprise culprit in the car bombing that took the troubled young man’s life.

Julian Jerome (William deVry) offered Curtis a generous fee to look into the car bombing and then a bonus if he figures out who set him up for death. Julian thinks that he’s paying Curtis to tie Sonny Corinthos (Maurice Benard) to the crime, but it likely won’t work out that way.

Many GH fans seem to think that Julian somehow set himself up for death in order to implicate Sonny but that seems convoluted even for GH. Plus, it was only the unpredictable event of Morgan stealing the car that saved Julian from a fiery fate. No way did Julian know it would go that way. 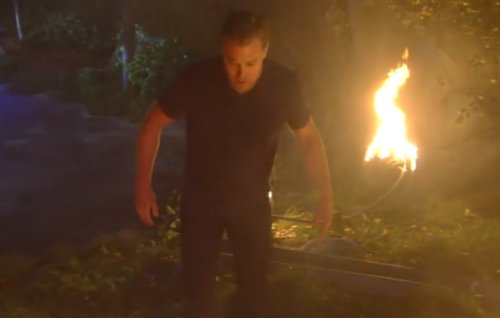 We can eliminate Julian from the likely list of suspects, but what about the hit man Sonny hired? When Sonny talked to his henchman at the gym he said, “you know how this goes down?” and the guy confirmed, “won’t look like a hit… will look like an accident.”

Clearly, a car bomb will never look like an accident. The guy Sonny talked to went and hired an independent contractor to do the job according to a recent conversation between Sonny and Jason Morgan (Billy Miller) but maybe that contractor flubbed the job.

Sonny mentioned that the guy went missing. That doesn’t necessarily mean that the hit man hired by Sonny put the bomb on the car. Perhaps the hit man is dead and someone else placed the bomb. After all, anyone who works for Sonny should know that a bomb is never an okay plan with his history. 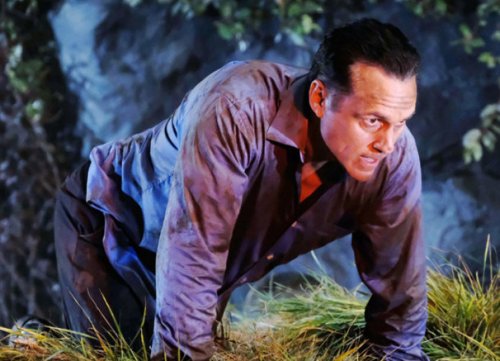 So who could it be that tried to kill Julian since Morgan obviously wasn’t the target?

#1 Alexis Davis (Nancy Grahn) may have drunk dialed a hit man since Julian tried to kill her and is still a risk. She has killed before so you never know.

#2 Jason Morgan might have acted if he thought Julian posed a risk to Sam Morgan (Kelly Monaco) and their unborn child.

#3 Nina Clay (Michelle Stafford) has the money to pay a hit-man, hates Julian and might think violence is okay.

#4 Valentin Cassadine (Patrick Stuart) is coming to Port Charles soon and may have wanted the mobster out of his way for some reason.

#5 Paul Hornsby (Richard Burgi) may have wanted to correct the travesty of justice of Julian going free because of the Ava Jerome (Maura West) blackmail.

GH fans will be thrilled if Sonny is not responsible for the car bombing that took Morgan’s life. “General Hospital” spoilers tease that Sonny will be vindicated and Julian won’t get the satisfaction of seeing Sonny prosecuted for trying to kill him. Curtis will investigate and the shocking results will be revealed soon! 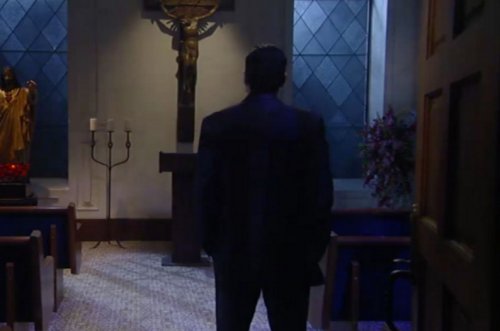 Outstanding performances from @lldubs and #BillyMiller today on #GH !! @GeneralHospital

What do you think GH fans? Are you glad that Curtis is on the job so he’ll dig out the truth and exonerate Sonny, even though Julian won’t like the outcome? Share your comments below and check back with CDL often for all the latest General Hospital spoilers and news.