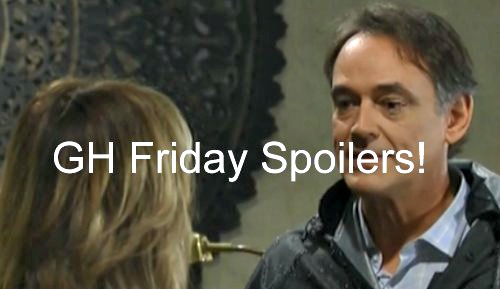 General Hospital (GH) spoilers for the Friday, July 15 episode tease that Nathan is close to discovering it was Griffin he shot while Theo takes control on Cassadine Island. Meanwhile Darby and Dillon launch a scheme, Kevin follows Laura to Greece with a clue about the Helena mystery, and Curtis offers Maxie some sage advice.

Nathan West (Ryan Paevey) is still freaking out about the guy he shot and little does he know, the man is standing just a few feet away at the MetroCourt while he demands that Claudette Bolland (Bree Williamson) tell him his name. 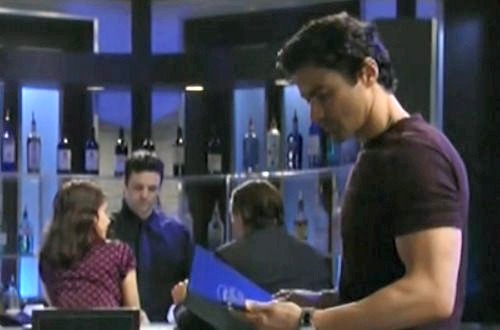 Will Griffin overhear them talking about him? Will Claudette be stunned to see her priest-lover standing there and an apparent pal with her ex-husband that shot him? This situation between the three of them stands to be fascinating depending on how it plays out.

General Hospital spoilers tease that Dillon Quartermaine (Robert Watkins) hasn’t given up on winning Kiki Jerome (Hayley Erin) away from Morgan Corinthos (Bryan Craig) and has enlisted party girl troublemaker Darby Collette (Jesica Ahlberg) in a scheme to split them up. 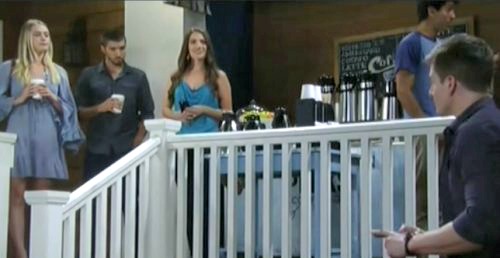 At the MetroCourt, Curtis Ashford (Donnell Turner) calls time out on his breaking and entering with Maxie Jones (Molly Burnett) to quiz her on what it is that Claudette is holding over Nathan’s head. Will Maxie admit that Nathan shot the guy Claudette was shagging? 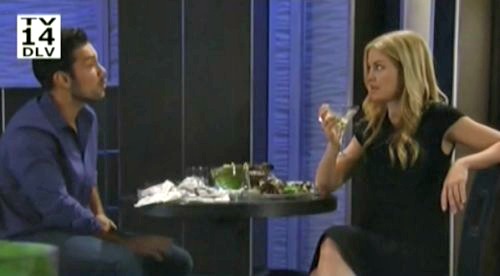 Seems doubtful that Maxie will blab, but Curtis will offer Maxie advice. Will he tell her that if Claudette is holding a metaphorical gun to Nathan’s head, perhaps Maxie shouldn’t antagonize her by rifling her hotel room? Will Maxie take Curtis’ advice?

Kevin Collins (Jon Lindström) follows Laura Spencer (Genie Francis) to Greece to deliver an envelope to her. Turns out he found another clue in the Helena Cassadine mystery and thought it was important enough that he needed to hand deliver it to her. Kevin is more forceful than usual and surprises everyone. 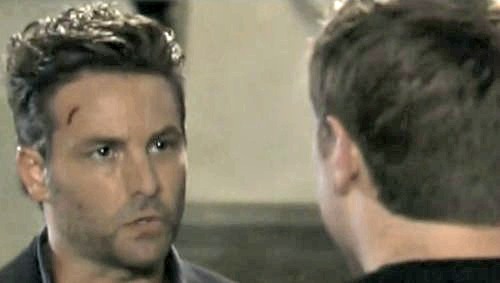 Nikolas and Jason get into a confrontation which is too bad since the real danger is Theo, aka Valentin Cassadine, and while these two are provoking each other, General Hospital spoilers tease that Theo will get the upper hand on everyone and things spiral out of control starting next week.

Julian Jerome (William deVry) is also due for a visit from Olivia Falconeri (Lisa LoCicero) at GH where she will break the news to him that he’ll never see his son Leo again since he’s facing multiple homicide charges and tried to kill Alexis Davis (Nancy Grahn). Julian will be crushed.

Don’t miss the Friday, July 15 GH episode then check back with CDL for more General Hospital spoilers and news.