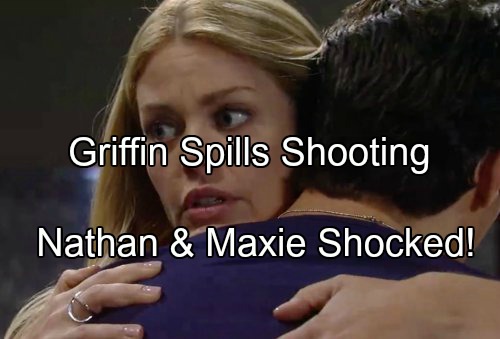 Claudette doesn’t want Griffin to tell Nathan that he’s the one he shot, but why? Claudette came to town to try and steal Nathan away from Maxie. She seemed to be making some progress but then Claudette was thrown off her game when the hunky defrocked priest/doctor walked in the room. 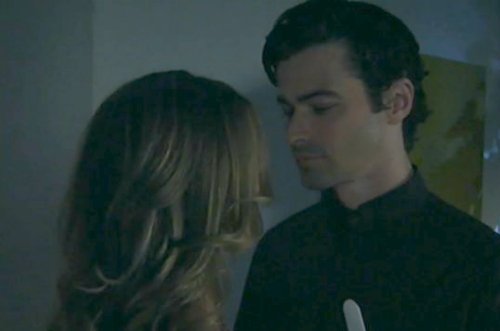 Back in the day when Claudette told Father Griffin all the lies about Nathan as part of her seduction plan, Griffin thought Nathan was a bad guy who was cruel to his wife. And when Nathan caught them together and drunkenly shot Griffin, things fell apart for all three of them.

In that moment, Griffin was done with Claudette and quickly realized she had played him for a fool and he had broken his vows for a low-down cheating woman who had been using both him and her husband who wasn’t what she said. Griffin now respects Nathan despite all this drama. 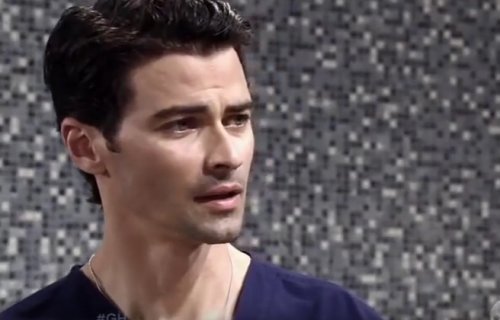 Claudette’s lies and deception cost Griffin his collar and he’s never felt worthy to return to the church. Plus, he’s been punishing himself ever since. Clearly, the reunion with her hot former confessor did not go as Claudette hoped.

Claudette is now scrambling. She may be torn between wanting to break up Maxie and Nathan to win Nathan back or seeing if she can have a shot at a real relationship with Griffin since he’s no longer a priest. Or greedy Claudette may want both of them again. 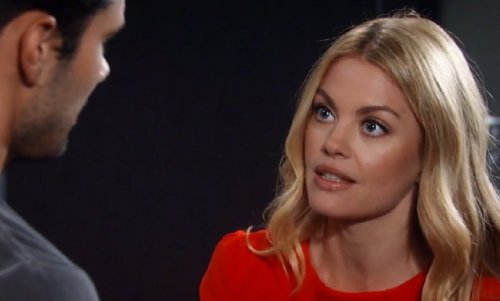 But what Claudette does NOT want is for Griffin and Nathan to figure out their messy entangled past. Up to now, Nathan has remained in the dark as Griffin has struggled for months wanting to tell Nathan the truth. But he hasn’t. All that will soon change!

Griffin makes it plain that he can’t live with the lies anymore and plans to tell Nathan and Maxie the truth. Claudette panics because she knows this will make her look worse to Nathan and destroy any chance she has with either man. Claudette will beg Griffin for his silence. 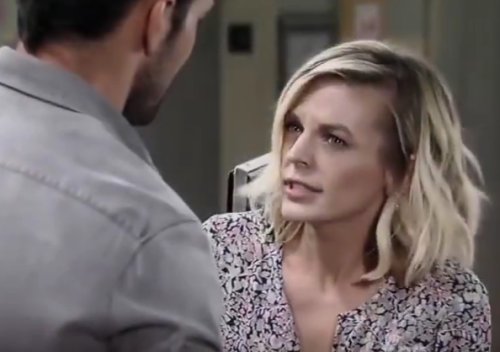 General Hospital spoilers reveal Griffin won’t keep quiet. Griffin will reveal the ugly truth and everything will explode. Maxie and Nathan will be stunned. The after effects will be epic. Maxie was firmly on Nathan’s side when the victim of the shooting was unknown.

But it’s totally different once Maxie knows that it’s her friendly neighborhood priest that Nathan shot. Maxie had a hard enough time sticking with Nathan when he confessed to the shooting. But now that she knows it’s Griffin, everything will change.

Nathan will once again have to beg Maxie for another chance, but is it too late? It might be. But even if Maxie breaks things off with Nathan, it’s doubtful he’ll turn to Claudette in his grief. Claudette will likely be left alone by both men and GH spoilers tease Maxie could turn to Griffin.

What do you think GH fans? What do you think Maxie will do when she finds out Griffin was the one Nathan shot? Is the wedding off? Share your comments below and check back with CDL often for the latest General Hospital spoilers and news.