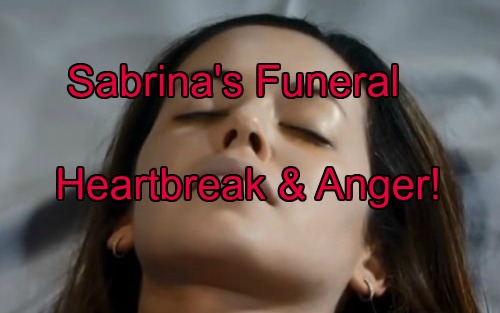 New General Hospital (GH) spoilers reveal that we’ll see Sabrina Santiago’s (Teresa Castillo) funeral by the end of this week and it will be a sad day for Michael Quartermaine (Chad Duell) and all the lives she touched. But rather than an end, the funeral will be the beginning of another major plot.

Michael is already on edge with Carly Corinthos (Laura Wright) and told her to stay the hell away from him because he’s angry she rejected the idea of him with Sabrina and is lashing out. Carly tried to smooth things over with Michael but it went poorly and he’s still not happy with her. 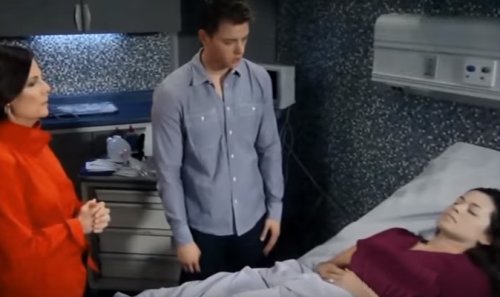 Later this week, Michael and Carly will have another showdown and it’s likely over Michael’s attachment to Sabrina’s son Teddy. Michael and his mom will have a bitter bust-up before the funeral and then Carly will scramble to try and make things right once again.

Thankfully, Sonny Corinthos (Maurice Benard) isn’t on Michael’s bad side right now but Carly still needs to work things out with her son. General Hospital spoilers reveal that Sonny and Carly will make a sizable donation to the hospital in honor of Sabrina but money might not be enough. 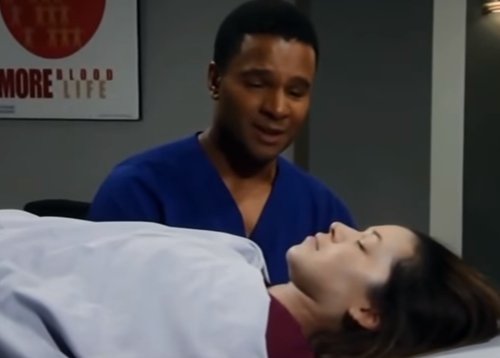 Felix DuBois (Marc Samuel) will be hard hit at the funeral, as will Michael, and a host of other people. If Liz Webber (Rebecca Herbst) is in any shape to be released from GH, she should be there on Franco’s (Roger Howarth) arm. The Corinthos and the Qs will all be out in force.

We can expect an emotional and distraught Tracy Quartermaine (Jane Elliot) who is furious that keeping the hospital open cost her the life of one of her few friends. We’ll see Tracy rage at Paul Hornsby (Richard Burgi) about failing to solve the case which is bitter irony considering Paul killed Sabrina. 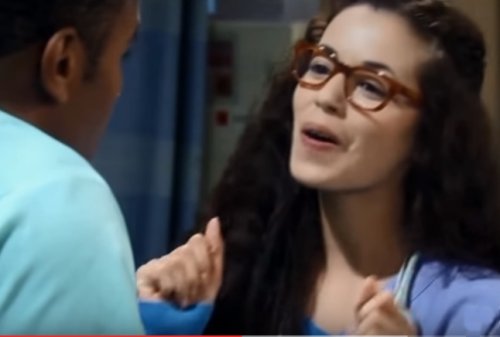 But the major highlight of Sabrina’s funeral, other than the grieving staff of GH come to bury one of their own, is Joe Rivera (Jeffrey Parise) and Michael facing off. Prior to the funeral, we see Joe come to the Qs wanting to see his nephew and upset that Michael has him.

Joe will bring up the fact that Michael is no blood relation to Teddy – which is true. That encounter goes badly when Morgan Corinthos (Bryan Craig) assaults Joe in front of witnesses including his cop brother Dante Falconeri (Dominic Zamprogna). 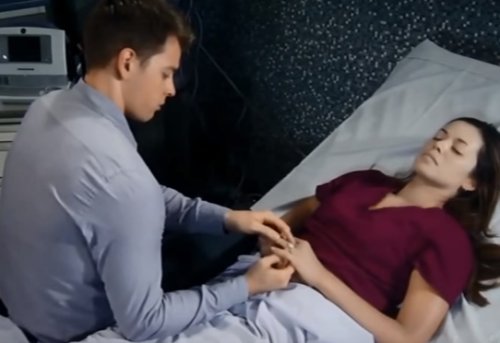 But that won’t be the end of the animosity between Joe and Michael. Joe wants his nephew and Michael wants to keep Sabrina’s son and raise him in a way he knows she would be proud of – and Tracy throws her support behind Michael.

Joe has known Sabrina since they were young and feels that he has a prior claim on her even though she chose is twin brother Carlos over him. But more than that, Joe is Teddy’s uncle and Teddy is now an orphan. We’ll see Joe and Michael bicker over Teddy at the funeral. 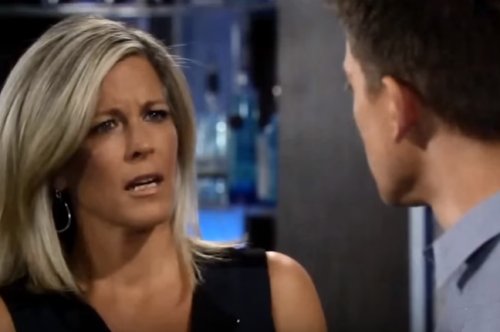 General Hospital spoilers tease that we’ll see some heart-wrenching scenes at the funeral and some fine acting from Chad Duell, in particular. What do you think GH fans? Will you have Kleenex ready to cry along with the funeral on Friday?