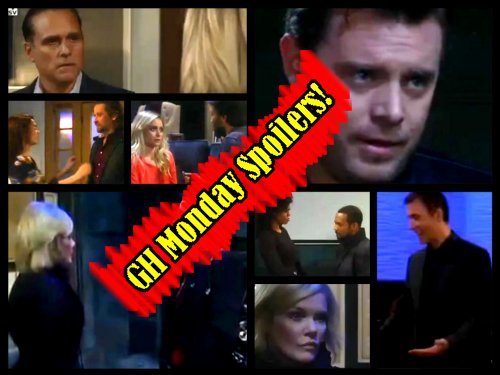 New General Hospital (GH) spoilers for the Monday, November 7 episode reveal that Ava’s blackmailer is an unlikely person, Charlotte seems to know and love Valentin, Andre and Jordan get into it over Curtis, and Jason has to answer for lethal violence.

Ava Jerome (Maura West) is lured to a meet with her blackmailer that knows what she did to Morgan Corinthos (Bryan Craig) and it is shockingly, Lucy Coe (Lynn Herring). Why does Lucy have skin in this game and what does she want? Probably money. 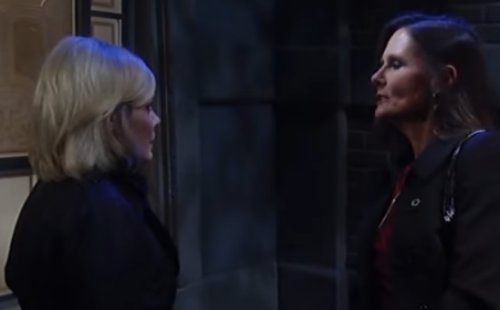 Lucy has been scrounging around selling real estate to make ends meet and when she saw Ava leave the pill bottle, she hit a payday. Ava will have to give Lucy whatever she wants to keep her quiet so Sonny Corinthos (Maurice Benard) won’t kill her.

Carly Corinthos (Laura Wright) calls Sonny and shows him Morgan’s journal that shows he was taking his meds. Carly has a theory that his pills were off. How long until Nelle Hayes (Chloe Lanier) mentions Ava being in Morgan’s room two times. 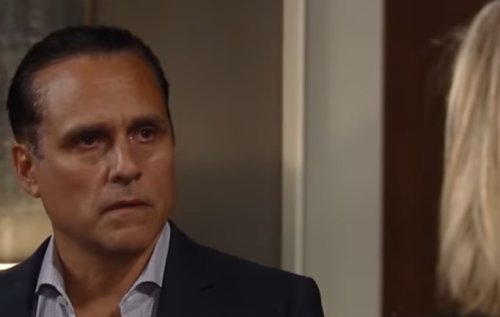 At the PCPD, Curtis Ashford (Donnell Turner) and Jordan Ashford (Vinessa Antoine) have a supercharged moment when Andre Maddox (Anthony Montgomery) walks in on. Andre asks Curtis to back off and he’ll leave then things get worse.

Jordan denies anything was going on with Curtis. She complains about Curtis’ illegal evidence. Andre calls Jordan out as a hypocrite – she’s broken many rules herself. Jordan doesn’t like the way Andre talks to her and things deteriorate. 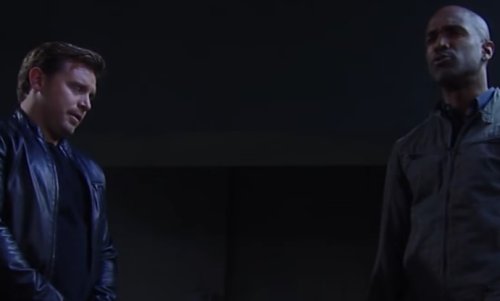 Curtis leaves the PCPD and comes across Jason Morgan (Billy Miller) where Julian Jerome’s (William deVry) driver Pete was shot. Clearly, someone didn’t want Pete talking, but would Pete allow a bomb to be put on a car he was driving?

Curtis looks at the mess Jason is in and says he’s the one who needs an alibi. Will Jason be arrested for this shooting? You know he’s got a gun on him. Jason won’t like Curtis mocking him. Lulu Spencer (Emme Rylan) gets a ring. 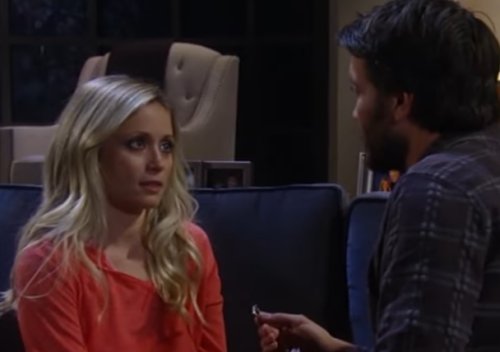 General Hospital spoilers reveal that Dante Falconeri (Dominic Zamprogna) proposes to Lulu now that the embryo issue is over (but that will come back to bite them soon). Liz Webber (Rebecca Herbst) gets handsy with Franco (Roger Howarth).

Liz uses a flirty tone and tells Franco she wants a favor from him. Is this when Liz and Franco finally get much, much closer like he wants? Charlotte Bolland (Scarlett Fernandez) sees Valentin Cassadine (James Stuart) and is thrilled. 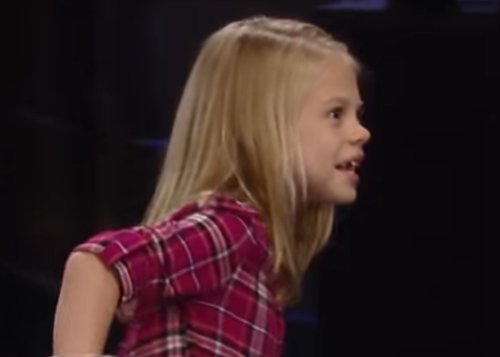 Charlotte runs right to him with a big smile and hug then asks when he got there. She obviously knows him which substantiates what Valentin told a stunned Griffin Munro (Matt Cohen) – that she’s his kid, not the former priest’s.

Did Claudette Bolland (Bree Williamson) tell the kid to pretend Nathan and Griffin were her dads? Does Charlotte know Valentin is her father? Anna Devane (Finola Hughes) has the paternity test and announces the results to Griffin.

Who’s up for a fantastic friday cliffhanger today on @GeneralHospital ?? #GH

Lots coming on the Monday, November 7 GH episode. Watch, share your comments below and check back with CDL often for the latest General Hospital spoilers and news.