‘General Hospital’ Spoilers: Morgan Proposes – Kiki Shocked and Conflicted – What Will She Do? 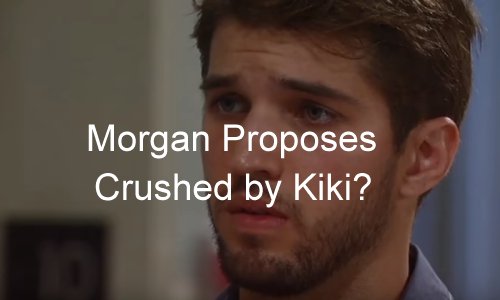 General Hospital (GH) spoilers tease that Morgan Corinthos (Bryan Craig) is very excited about his renewed relationship with Kiki Jerome (Hayley Erin). He’s ecstatic that Kiki spent the night with him at the MetroCourt and is ready to take a big leap forward in their relationship that will leave her stunned.

GH spoilers hint that Morgan will take Kiki by surprise when he proposes to her and what he sees as the next step could wreck their new love. Kiki is clearly still tempted by Dillon Quartermaine (Robert Watkins) and rather than confirming her love for Morgan, the proposal could have the opposite effect. 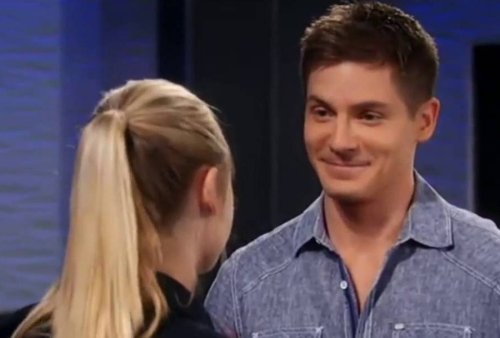 Kiki is already feeling a lot of pressure from Carly Corinthos (Laura Wright) about Morgan. Carly is under the impression – and she’s not wrong – that Morgan’s mental health is now linked to Kiki and their relationship. That’s a lot to put on a young woman – particularly one that was recently shot.

General Hospital spoilers reveal that Morgan will get over-exuberant in coming days and will pop the question – the surprise proposal takes Kiki completely off guard. Morgan thinks that he’s making a big, exciting, romantic grand gesture. But to Kiki, it feels like she’s stepped in quicksand. 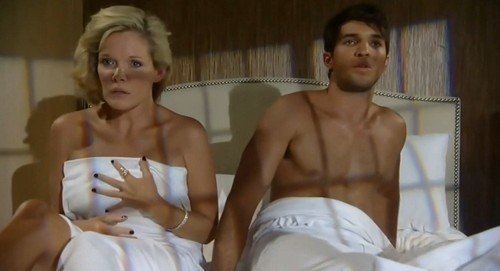 Remember the last time Kiki and Morgan got married? Morgan kept Kiki convinced that Michael Quartermaine (Chad Duell) was her cousin long enough to usher her to a quickie wedding at the Port Charles courthouse. He even hid the newspaper with the “Kiki Not a Q” headline to make it happen.

After that came out and they struggled, Morgan cheated with her mom Ava Jerome (Maura West). Morgan’s proposal could bring all of this back to the forefront of Kiki’s mind and send her into a panic. They just got back together – just started dating again and just spent their first night together. 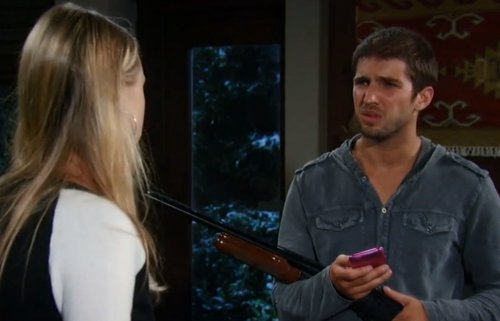 Then bam – proposal! Kiki will wonder if this proposal is a warning sign. General Hospital spoilers tease that Kiki will worry that Morgan is in a manic stage that’s the first phase of another bipolar meltdown. Kiki will not want to say “yes” but will also worry that “no” could send Morgan off the rails again.

What will Kiki do? Will she turn to Dillon with her worries? Or Franco (Roger Howarth)? This whole situation will leave Kiki feeling trapped and like Morgan is an emotional time bomb that’s weighing her down. Kiki will wonder why Morgan couldn’t just let things progress naturally and slowly. 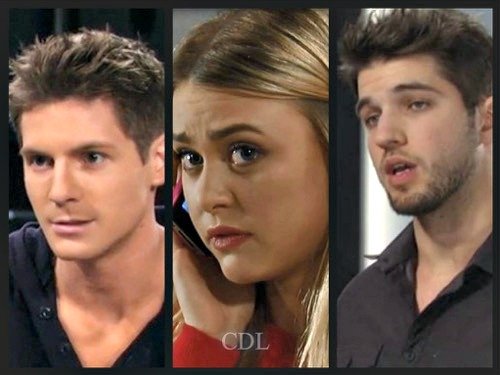 GH spoilers hint that Morgan will be hurt when Kiki doesn’t respond enthusiastically and promptly. Can Morgan recover from the proposal gone awry or will he spiral out of control? Carly is already keeping a close eye on this situation so perhaps she’ll notice that Morgan is slipping his tether and struggling.

Will Morgan’s proposal, meant to cement their new relationship, derail it instead? Will Kiki feel guilty and say yes although she doesn’t want to get hitched to Morgan again? How will Dillon play into this (since we know he will)? Can Dillon convince Kiki that he’s the better guy and Morgan is dead weight?

What do you think GH fans? Share your comments below on the upcoming proposal and what you think Kiki should do. And be sure to check back with CDL often for all the latest General Hospital spoilers and news.