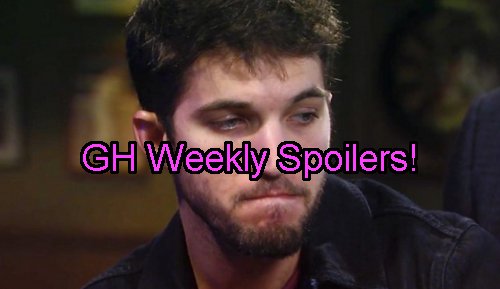 New General Hospital (GH) spoilers for episodes the week of Monday, October 10 to Friday, October 14 reveal that Morgan has a serious crisis – he might be dead or badly burned – which will have Kiki reversing course, the race is on to save General Hospital from going condo, and Nelle works her way closer to Carly.

Nelle Hayes (Chloe Lanier) reveals to Kiki Jerome (Hayler Erin) that Morgan Corinthos (Bryan Craig) put the moves on her and Kiki is further irritated. She’s ready to dump her BF and move on with Dillon Quartermaine (Robert Watkins) but a tragic event changes everything. 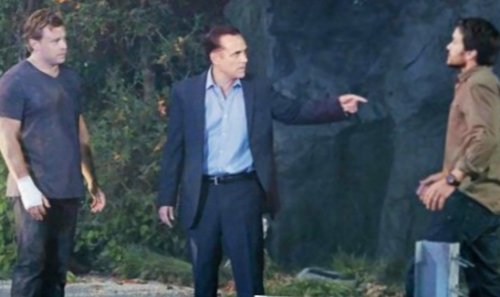 Dante seeks answers about what happened – looks like the hit man Sonny hired to take out Julian did NOT get the message and did something with the car that caused what looked like an explosion. Sonny and car bombs seem to go hand in hand.

Ava Jerome (Maura Wet) may wind up in the hot seat after this. Morgan threw out his pills, so Ava may evade justice (AGAIN) on that but not on fiddling with Julian Jerome’s (William deVry) trial since some at the PCPD dig into what Paul said. 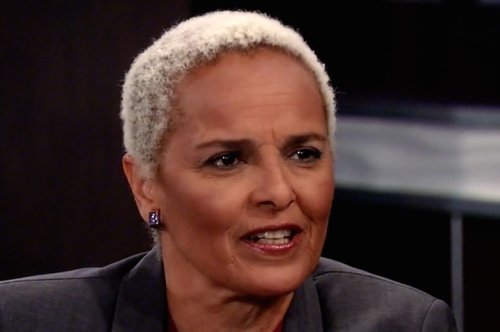 Dillon is happy about Kiki but then she changes her mind after Morgan’s accident. Dillon and Tracy Quartermaine (Jane Elliot) bond as they deal with fallout from the Paul GH killer reveal. Tracy works with Monica Quartermaine (Leslie Charleson) to try and save the hospital.

Mayor Lomax (Shari Belafonte) wants to sell it off for condos, so the Qs have a fight ahead of them. GH spoilers tease that Jason and Franco (Roger Howarth) will help try and reopen GH as well. Jake Webber (Hudson West) notices that Sam Morgan (Kelly Monaco) dislikes Franco.

He asks about it and Sam and Jason have to decide what to tell Jake about Franco since Franco has made it clear he’s in Elizabeth Webber’s (Rebecca Herbst) life for good. 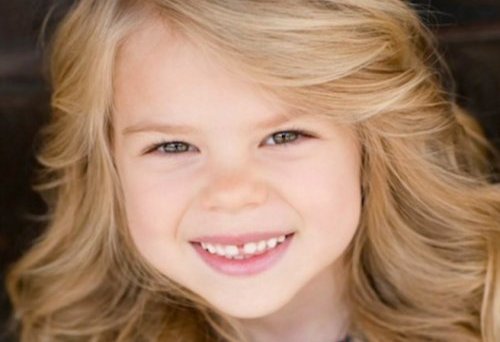 After this, Franco turns to Nina Clay (Michelle Stafford) to talk about parenthood. Nina is crushed when Nathan West (Ryan Paevey) tells him she can’t have Charlotte West (Scarlett Fernandez) who comes to Port Charles next week. Nathan is delighted to meet his kid.

Maxie Jones (Kirsten Storms) continues to doubt the DNA and Nathan finds this off-putting. Maxie starts up a scheme that Nathan doesn’t like at all –  Maxie is putting her relationship at risk to try and prove Claudette Bolland (Bree Williamson) is a liar.

Nelle takes advantage of the Corinthos crisis to get closer to Carly Corinthos (Laura Wright). Carly lashes out at Sonny when she’s been pushed to her limit over this Morgan crisis. Laura Spencer (Genie Francis) tells Kevin Collins (Jon Lindström) he can have another chance.

Also, Lulu Spencer (Emme Rylan) gets some news about her embryo by the end of the week. GH spoilers for fall sweeps reveal that there’s another trip to Cassadine Island coming in November as Lulu goes back to Greece chasing the answers she needs.

What do you think GH fans? Share your comments on these GH spoilers for the action coming on episodes the week of Monday, October 10 through Friday, October 14. Be sure to come back to CDL often for all the latest General Hospital spoilers and news.