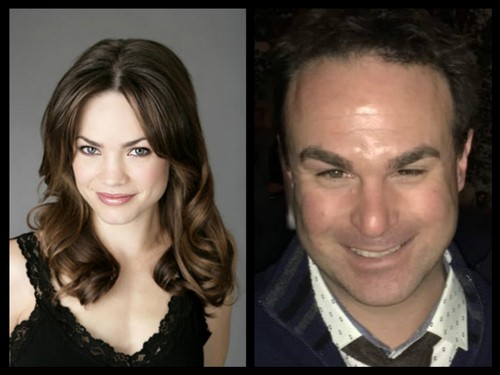 General Hospital (GH) spoilers report that the real world of ABC’s Series GH Director Nathan Varni has just become a soap in itself. Varni was called out by Daytime Confidential respected blogger Jamey Giddens. Giddens accuses Varni of breaking the network’s code of silence by taking to pod casts and other social media outlets to discuss matters that are not meant to be public knowledge.

Varni allegedly replied to a FB private message (Varni has since claimed his FB was hacked, supposedly implying he is not the author of this FB message) about Rebecca Herbst’s contract negotiations saying

“well it would be a shame to punish US when it would be her choice in the end – we’ve done everything possible to entice her to stay and now it is Becky’s final decision. I would hope the fans of GH would be more mature to stick with us if a certain actor or actress leaves. But at the end of the day I respect people’s decision not to watch and we can all watch GH sail into the sunset. Now more than ever we need support though, we don’t need people shutting off the show. I would encourage fans of GH to keep watch but that’s only my wish, I do understand I cannot force people to watch thank you for your feedback and have a wonderful weekend. “

Giddens stance is it is not Varni’s job to discuss ongoing private contract talks – he should not be speaking on the private lives of these actors/actresses – they should not have to worry that Varni will be doing podcasts, Twitter/fb talks about their personal and private contract negotiations – and blaming them for any failure of these.

This is no surprise to most of us who see Varni in various groups telling fans if they do not support GH then the show will be cancelled, seeming to want to guilt them into watching. But is it the place of a show’s executive to threaten fans in such a condescending manner?

If GH ratings are low it is not the fans fault fans have stood by GH through the worst of times from the long drawn out pain of Luke is Fluke to the over a year Jake is Jason reveal – fans are tired – they have stood by GH and given 5 hours a week to this show an expect better from TPTB.

Why did TPTB really kill Michael Easton’s character off only now to bring Easton back as a third character? Fans stand by and support Easton’s return and most will accept yet ANOTHER character for the love of GH.

Fan favorites Anthony Geary, Kelly Theibaud, Jason Thompson, Brooklyn Rae Silzer are gone – they have brought fan favorite Genie Francis on and off clearly not utilizing her legacy character to it’s full potential … what happened to Dr. Obrecht, a brilliant character who has been on the back burner for months?

Where is Rosalie? The last we heard Rosalie and Brad were married now we see Brad in his white coat but no mention of a wife. GH continues to bring new characters on when they have not tied up existing loose ends already in play on the Port Charles canvas. It seems totally uncool for a major ABC exectutive to tell fans it is their fault if “GH sails into the sunset” – that is just wrong on so many levels.

Today after Giddens called Varni out on what the Daytime Confidential blogger feels is inappropriate behavior, Varni posted on his FB page that his FB has been hacked (after saying private message should remain private!!) – we will leave that up to you to judge what is fact or fiction.

One thing is for sure, GH fans are loyal they have stood by ABC GH through good times and bad and if GH does not make the cut it will definitely not be because of the loyal viewership and fans. It is very obvious where the fault of low ratings lie. Remember GH fans Keep calm and watch GH!

.@NatalieOdecor Because he is her supervisor. He shouldn’t be discussing her talks. Period. She hasn’t spoken out. #GH — Jamey_Giddens (@Jamey_Giddens) February 13, 2016

When you get “hacked” on Facebook, someone posts infographics about ladies of the evening, not inside knowledge about a soap opera. :0

If social media is only a grain of salt, as Varni says it is, riddle me this? Why respond to fans about negotiations…on social media? #GH — Jamey_Giddens (@Jamey_Giddens) February 13, 2016

Pre-Varni being assigned to #GH, the show was on fire and breaking 8-year records.