“General Hospital” (GH) spoilers for Thursday’s episode February 25 show that all but one of the lives at risk have been saved and only Kiki hangs in the balance. But could Morgan change these odds when his bipolar continues to spiral? Here’s what you need to know about tomorrow’s GH episode.

Looks like #Lante is on again. Lulu Spencer (Emme Rylan) wakes up to hear Dante Falconeri (Dominic Zamprogna) telling his mom Oliva Falconeri (Lisa LoCicero) that he loves Lulu and she’s the world to him. Aww… Sounds like a reunion. Valerie Spencer (Brytni Sarpi) who? Valante is dead for good…

Nathan West (Ryan Paevey) is also on the mend and will survive his shooting, but he and Maxie Jones (Kirsten Storms) have some more drama coming their way soon. Morgan Corinthos (Bryan Craig) is safely tucked into the psych ward thanks to Dr Andre Maddox (Anthony Montgomery).

But how long will that last once he hears the bad news about Kiki Jerome (Hayley Erin)? Dr Griffin Munro (Matt Cohen) has troubling news for Ava Jerome (Maura West) about her daughter. Doc Munro says Kiki could be paralyzed permanently as a result of the shooting.

Ava is devastated but Franco (Roger Howarth) is there to support her and Kiki both. Could that be the news that Michael Quartermaine (Chad Duell) shares with Morgan that puts him in a desperate state? Morgan lashes out at Michael and says he’s lying, but what next?

Morgan does not have the right to make decisions about his healthcare right now because of his actions and Andre committing him. Carly Corinthos (Laura Wright) and Sonny Corinthos (Maurice Benard) have to decide what to do with their son. Shadybrook seems better than Pentonville, right?

Morgan will end up on the roof of GH in coming days contemplating suicide by jumping because he’s distraught that his antics have left Kiki clinging to life and paralyzed. Will someone find him in time? Who can save Morgan from himself? Will it be Sonny?

Also at the hospital is Laura Spencer (Genie Francis). She has to come make sure Lulu survived the ordeal and will be back to good health soon. Nikolas Cassadine (Tyler Christopher) is there, likely to check on his sister as well.

Laura and Nikolas have a tense talk. Laura seems to think Nik is at risk of incarceration. This must be about him having Hayden Barnes (Rebecca Budig) shot. Will Nikolas tell his mom he’s got Sam Morgan (Kelly Monaco) on the case and to calm down? 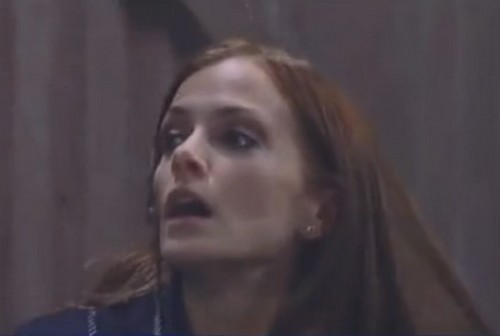 Hayden, meanwhile, runs into Curtis Ashford (Donnell Turner) and is caught doing shady things. Hayden is on the edge after the hostage taking at the Julexis red wedding and needs someone she can talk to frankly without having to hide who she is.

Hayden makes a stunning confession to Curtis. Will we finally learn something about the bad girl’s secret past? Will we learn who Rachel really is? Will Hayden confess a lot or just a little? That would be a great end to February sweeps to get a hint of her truth.

At Shriner’s Hospitals for Children, Monica Quartermaine (Leslie Charleson) comes to visit her grandson Jake Spencer (James Nigbor) to see how he’s progressing. Looks like Jake is recovering nicely and his little bones are mending well.

Monica talks to Jason Morgan (Billy Miller) and Liz Webber (Rebecca Herbst) and Liz says something that’s been overdue now for months. Liz apologizes to Monica for the Jason identity lie and for keeping him from his family. Monica will accept the mea culpa with grace.

Don’t miss a moment of the action on the Thursday February 25 GH as February sweeps winds down to its conclusion. Good stuff still happening. Watch then come back to CDL for more “General Hospital” spoilers and news.