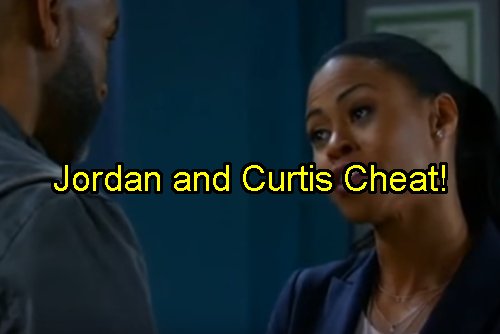 New General Hospital (GH) spoilers reveal that Curtis Ashford (Donnell Turner) will soon crush Valerie Spencer (Brytni Sarpy) in a way that likely puts an end to their blossoming relationship. Curtis will go too far with Jordan Ashford (Vinessa Antoine) and Valerie will be doubly betrayed.

GH spoilers for next week hint that Curtis “betrays Valerie in the worst way.” Curtis already snapped pics of the bombing investigation file last week, so it seems that’s not the betrayal the spoiler relates to. The sexual heat between Jordan and Curtis has been electric for weeks.

But in their most recent encounter, when Jordan warned him to stay away from the bombing investigation, things escalated and you could definitely sense the tension there. Also the two have history together that has never been fully explained. 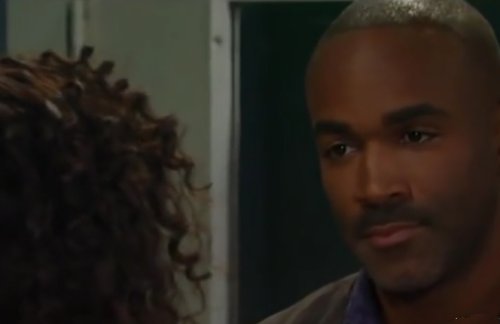 Back when Jordan was married to Curtis’ brother, she was cheating with Shawn Butler (Sean Blakemore) and might have also been cheating with brother-in-law Curtis. Jordan has struggled lately with her boyfriend Andre Maddox (Anthony Montgomery) who doesn’t like her lying ways.

It’s obvious that there is something between Jordan and Curtis and we’ll see that it explodes soon and their anger and frustration at one another will turn to passion. General Hospital spoilers have been simmering for a while that Curtis and Jordan would cheat.

Jordan just warned Valerie that Curtis is not a good guy and hasn’t changed his ways, but does the PCPD commish really have any room to talk? She cheated on her husband and got pregnant with TJ Ashford (Tequan Richmond) and then lied to both Shawn and TJ for two decades. 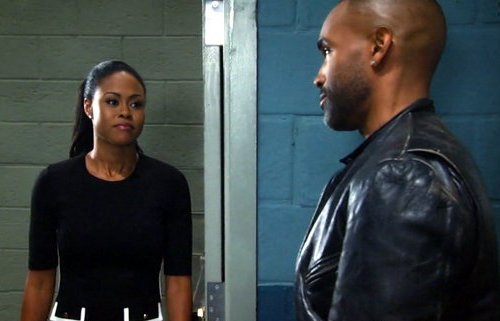 Jordan wasn’t going to tell TJ the truth at all but he overheard Curtis confronting her about the paternity lie and it all spilled out. If Curtis is a “bad” guy, then Jordan is just as bad. She ditched TJ with Shawn and ran off to do undercover duties.

Then while undercover with the Jerome mob, she covered up Ava Jerome (Maura West) running down Jason Morgan (Billy Miller). To top it off, she’s not a very good cop. It took Anna Devane (Finola Hughes) coming back to crack the GH killer case.

Jordan probably would not hesitate to get busy with Curtis. He doesn’t seem like a cheater at heart but there are unresolved frustrations and feelings there that could easily translate into them cheating on Valerie and Andre.

Valerie will be stunned at the double betrayal of her boss and boyfriend going behind her back to get busy. Is this the end of Valerie and Curtis? It’s karmic, in a way, for Valerie to be cheated on since she cheated with Dante Falconeri (Dominic Zamprogna) but that won’t stop it from hurting her.

Andre and Valerie will both be furious about the cheating. One good thing that could come out of it is that Jordan might lose her job as chief cop of Port Charles. Most GH fans would be happy to see her lose the job so Anna Devane (Finola Hughes) could take it over.

What do you think GH fans? Do you feel the sizzle between Jordan and Curtis that hints that they’ll be undressing each other soon? Share your comments below and check back with CDL for the latest General Hospital spoilers and news.