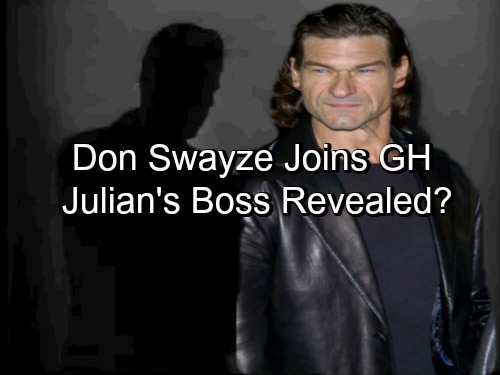 General Hospital (GH) spoilers have exclusive inside sources that reveal Don Swayze, the younger brother of the late Patrick Swayze, famous for his role in the movie Dirty Dancing, has been hired by GH. Don Swayze is best known for the dark roles he portrays, so it is safe to assume he is going to play a sinister character with power. Now would be the time to bring someone like him on-screen.

Port Charles is still reeling from the tragic death of Morgan Corinthos (Bryan Craig), and not only is the PCPD investigating it, but PI Curtis Ashford (Donnell Turner) and Jason Morgan (Billy Miller) seem to have hit the mother load, when they both came to the realization that Julian Jerome (William DeVry) was responsible for bombing his own car.

Fans know Pete, Julian’s bodyguard, walked away from the vehicle when he got a call from who was initially assumed to be Oscar Jessup. Who exactly is Oscar Jessup, and if he has survived all these years undetected, how do we know what he looks like, or what his plans are for everyone in Port Charles, especially the Jerome family. Could Don Swayze’s character be the one who is pulling all of Julian’s strings? 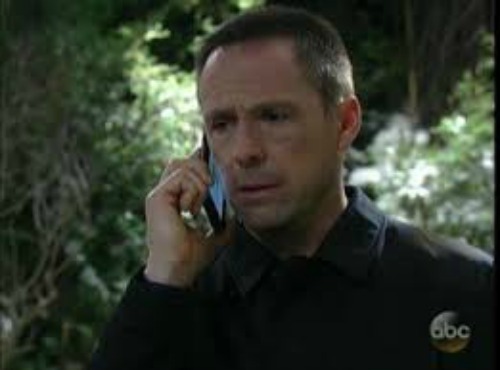 If sources are correct, fans should be excited to see him join the cast of General Hospital; after all, he is no stranger to Daytime TV. Don Swayze has played roles on both Days of Our Lives as Rip in 1983 and reappearing as the Pawn Broker in 2011, and on the Young and the Restless in 2010 as Shaw Roberts.

If you are fans of Prime Time drama series as well, you may recognize him from shows like The X-Files, NYPD Blue, his grisly role on HBO’s True Blood, and even made an appearance on the insanely popular FX series Sons of Anarchy in its final and 7th season.

Be sure to watch ABC’s General Hospital (GH) to see how this story unfolds and catch up on all exciting things happening in and around Port Charles. Check CDL General Hospital spoilers often for updates and news!

UPDATE: Don Swayze’s hiring, first reported here by CDL Exclusively, has been confirmed! Swayze’s first airdate is January 5 – and he will play Buzz – a homeless man who becomes involved in Julian’s story according to SID. Could he also be Julian’s boss in disguise?