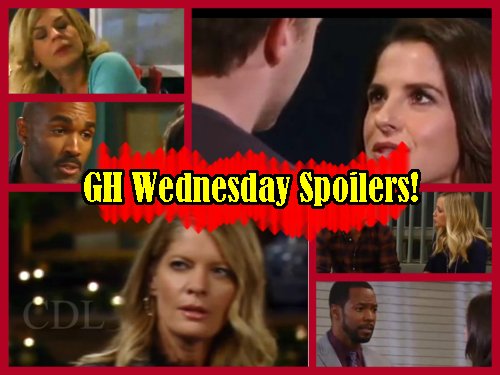 New General Hospital (GH) spoilers for Wednesday, December 7 reveal Sam Morgan (Kelly Monaco) and Jason Morgan (Billy Miller) see Dr. Lee (Minae Noji) and debate learning the gender of their baby. GH spoilers reveal the birth will be in February sweeps and there will be some medical drama.

Jason and Sam are nervous but JaSam fans want to know. Hopefully GH doesn’t tease us and lets us know if it’ll be a little girl or boy they outfit in matching Morgan leather. Meanwhile, Nathan West (Ryan Paevey) startles Maxie Jones (Kirsten Storms) and tells her he caught her in the act.

Is Maxie wedding planning, snooping to find out what Nathan got her for the wedding, or still looking for Claudette Bolland (Bree Williamson)? Maxie gets a call from Lulu Spencer (Emme Rylan) and has to run see her BFF to discuss a new scheme.

Lulu tries to convince Dante Falconeri (Dominic Zamprogna) that Charlotte Cassadine (Scarlett Fernandez) looks familiar for a reason and Dante agrees to look into it. But Lulu doesn’t want to freak out her hubby so she saves the big shocker for Maxie. 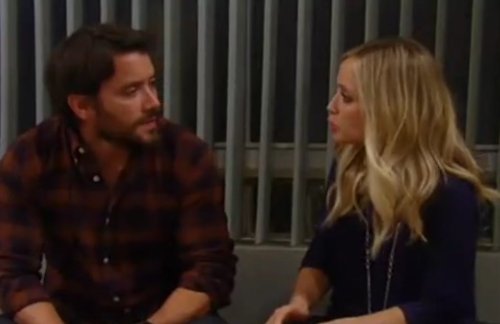 Lulu tells Maxie that she thinks Charlotte is her embryo baby and they take off on a road trip. Expect them to head to New York to the hospital where Claudette gave birth to get some answers about the mysterious and gorgeous little girl.

Jason and Curtis Ashford (Donnell Turner) have exposed Julian Jerome’s (William deVry) plot to blow up his car, probably to frame Sonny Corinthos (Maurice Benard). Curtis heads to the PCPD to talk to Jordan Ashford (Vinessa Antoine) and says “show me yours and I’ll show you mine” with a twinkle in his eye.

Curtis is talking about evidence, but that’s not all. It won’t be too long before Curtis and Jordan hit the sheets and she cheats on Andre Maddox (Anthony Montgomery). She’s a habitual cheater and Andre will soon find out for himself.

Jordan shares some critical info with Curtis and this makes what he and Jason found out even more significant. Someone is going down soon and Sonny will be off house arrest with the charges dropped. Both the Jeromes will be crushed. 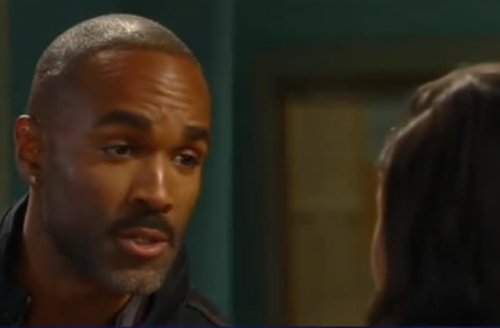 Anna Devane (Finola Hughes) goes to Andre for help looking into Valentin Cassadine (James Stuart). Anna wants a profile and fills him in on what she found. Anna and Andre get closer and she’ll be there to comfort him after he finds out Jordan cheated.

Nina Clay (Michelle Stafford) goes home with Valentin and gets snowed in by a winter storm on Spoon Island. It may be cold outside, but baby it’s getting hot at Wyndemere. Nina and Valentin reignite the spark from their one night stand and enjoy another night of passion.

Nina is making plans to be the queen of Valentin’s castle and mom to Charlotte but Lulu is about to throw her plans in the gutter. Share your comments on these GH spoilers for Wednesday, December 7 and check back with CDL for more General Hospital spoilers and news.