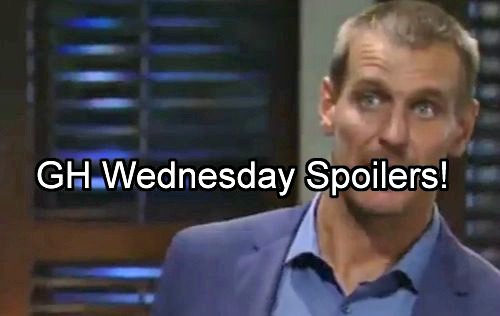 Fresh General Hospital (GH) spoilers for the Wednesday, August 10 episode reveal that Jax is freaking out and people are starting to notice, Scotty and Lucy are caught undressed, Finn turns to Hayden, and Morgan and Ava have a showdown over Kiki.

At Casa Corinthos, Carly Corinthos (Laura Wright) pushes for a test to confirm that Nelle Hayes (Chloe Lanier) is Josslyn Jacks’ (Eden McCoy) donor. Jasper Jacks (Ingo Rademacher) freaks out and Nelle ends up walking out. Jax is off the rails and Sonny Corinthos (Maurice Benard) and Carly wonder why. 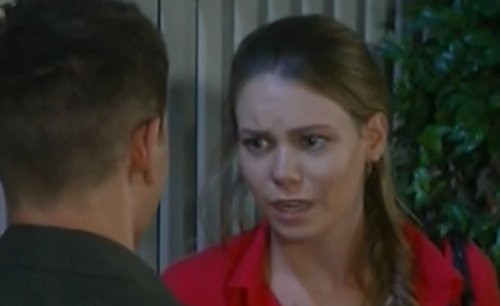 Is this a guilty conscience because Jax is the one who bought Nelle’s kidney? Jax and Carly get into it while Michael Quartermaine (Chad Duell) goes after Nelle to try and talk to her. Michael catches up with her at the coffee kiosk and Nelle tells him, “You’re not charming – go away!”

Michael asks Nelle for something. Likely, Michael is trying to talk her into staying and finding out the truth about Josslyn and the kidney even though Nelle is ready to wash her hands of all this drama. Plus, the chemistry between Michael and Nelle is off the charts… 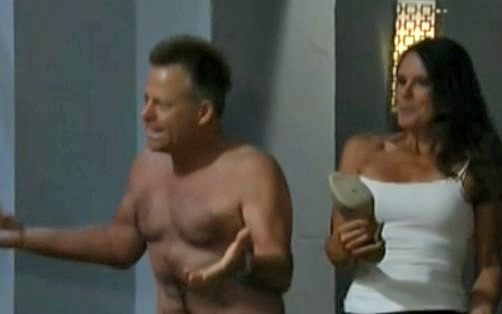 Ava will kick them out, but look for Scotty to come sniffing back around later since he’s broke and needs a place to live. He’s looking for Ava to sugar mama him. Ava’s day goes from bad to worse when she’s hit with a confrontation over Kiki Jerome (Hayley Erin). 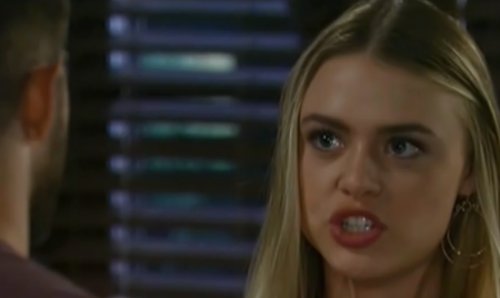 Kiki tells Morgan Corinthos (Bryan Craig) that her mom knows about the STI and is angry. Kiki says it’s ammunition for her mom to use against them. Morgan flips. Morgan goes to confront Ava. They argue bitterly. Morgan says he loves Kiki and should be with her.

Ava tells him all the things she told him before – that he’s ruining Kiki’s life, got her shot, and now gave her a sexually transmitted illness because he was cheating. Ava will try and convince Morgan to leave Kiki alone but he won’t. The interaction between the former lovers is not pretty. 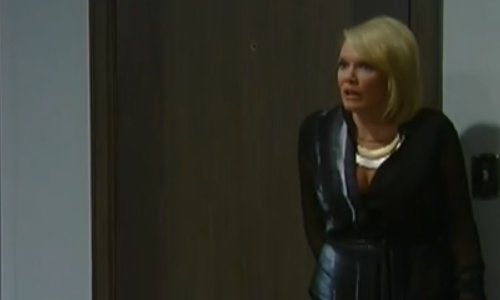 This sets Ava up to have to do more scheming very soon – and it involves Dillon Quartermaine (Robert Watkins). Ava’s wrecked apartment has to feel like an allegory for her life right now since it’s pretty wrecked too since her brother is in jail and Kiki’s off the rails.

Out at Wyndemere, Hayden Barnes (Rebecca Budig) is still reeling from the fight with her secret sister Liz Webber (Rebecca Herbst) when Hamilton Finn (Michael Easton) shows up on her doorstep. Finn opens up to Hayden again but she wants to know more than he’s telling. 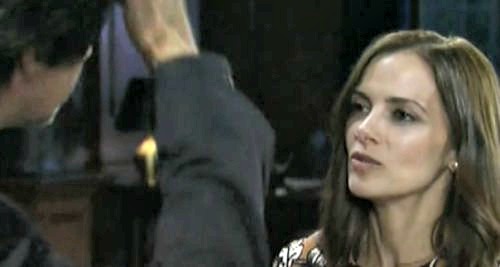 How much will Finn open up to Hayden and what is it she’s asking about? No doubt Hayden will take Finn into her confidence and tell him that her husband Nikolas Cassadine (Tyler Christopher) is “dead” and she’s officially a widow (even though GH fans know he’s coming back).

All this and more on the Wednesday, August 10 episode of GH. Watch and come back to CDL for all the latest General Hospital spoilers and news.