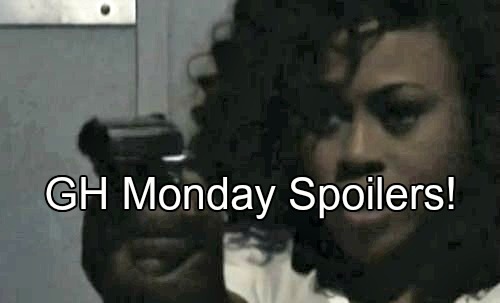 New General Hospital (GH) spoilers for the Monday, August 22 episode reveal that Hayden ends up fighting for stepson Spencer, Nelle volunteers in a pinch, Ava has a terrible new plan, Liz gets a package that sets off alarm bells and Jordan pulls her gun and goes on high alert. 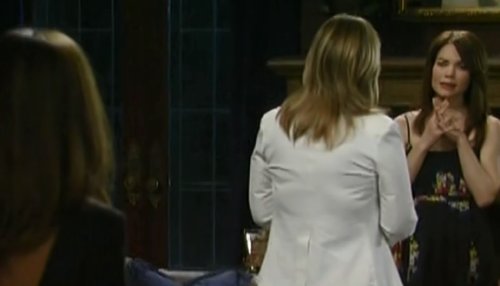 Hayden flips out and tells them it will be “over her dead body” that they send him away to school. Turns out Hayden was sent off to boarding school by her parents and it’s a hot-button issue for her. This could get ugly but Hayden has no legal rights to her stepson.

Back at GH, Liz finds a mysterious package and wonders what it is and if it means trouble. Liz also has to wrap up her conversation with Jake Webber (Hudson West) about Franco (Roger Howarth). Jake seems to assume that Liz and Franco are a couple and Liz has to dispel that. 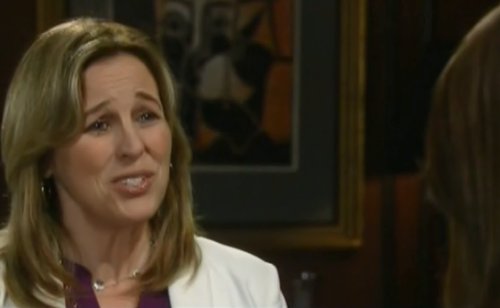 Over at the house of Port Charles’ top mobster, Carly Corinthos (Laura Wright) snaps and fires her nanny but then that leaves her short-handed. New girl in town Nelle Hayes (Chloe Lanier) volunteers to help. Carly takes her up on the offer, but can Nelle be trusted?

Thanks to Nelle pitching in to help out, Carly and the kidney donor will get closer. It seems like Nelle is practically part of the family and if she keeps catching Michael Quartermaine’s (Chad Duell) eye, she might officially become a Corinthos. 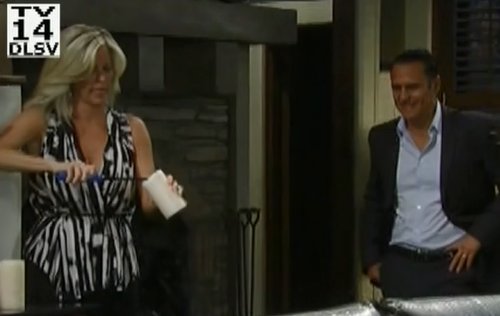 Carly and Sonny Corinthos (Maurice Benard) discuss Ava Jerome (Maura West) as they’re getting ready for some alone time. Carly tells Sonny it will be a “cold day in hell” before she sits down to a meal with Ava. Things will get worse between them and Ava soon.

There’s trouble for another Corinthos when Ava cooks up a new plot to get Morgan Corinthos (Bryan Craig) out of Kiki Jerome’s (Hayley Erin) life. Kiki confronts her mom, as Morgan watches, and accuses Ava of going too far in her drive to split them up. 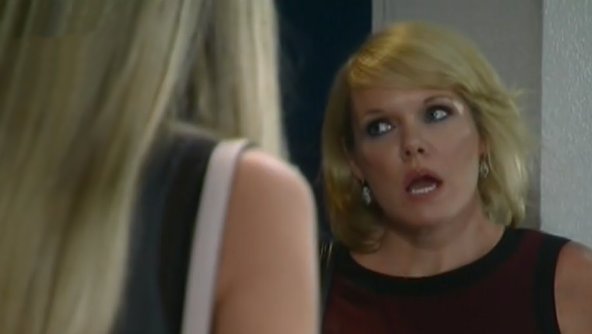 We saw last week that Ava stole some of Morgan’s pills and that might be a hint that Ava will target Morgan’s meds – perhaps she’ll substitute some of his bipolar meds with Tylenol to make sure he goes off the deep end.

Lucy Coe (Lynn Herring) runs into Kevin Collins (Jon Lindström) and quizzes him on his status with Laura and discovers they’ve planned their first date. Lucy acted cool about this, but she’ll soon start scheming to win Kevin back. 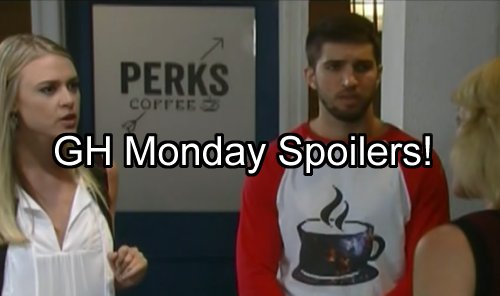 Jordan Ashford (Vinessa Antoine) pulls a gun at her apartment – is Andre Maddox (Anthony Montgomery) there? It sure seemed like Jordan recognized the Roman coin cufflink that Valerie Spencer (Brytni Sarpy) showed them. Does she now suspect her sweetie of the killer crimes?

Don’t miss any of the action in Port Charles on the Monday, August 22 GH episode and be sure to check back with CDL often for all the latest General Hospital spoilers and news.