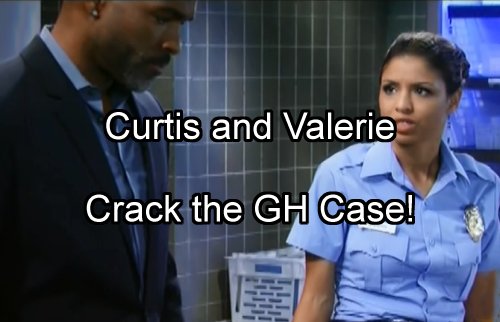 New General Hospital (GH) spoilers tease that the cufflink that Valerie Spencer (Brytni Sarpy) found is the key to this case and will soon crack the GH serial killer investigation wide open with the help of Curtis Ashford (Donnell Turner). Looks like the angel of death is finally close to getting caught.

When Valerie found the silver coin cufflink in Hamilton Finn’s (Michael Easton) lab, it seemed like a simple case of lost and found – but that was a huge find. That’s why the GH serial killer went to all the trouble to come and knock Valerie out and steal it back rather than leave it.

But why didn’t the angel of death just kill her? The answer is simple. The GH killer’s day job is at the hospital and he wasn’t prepared with a shot of derisofol so he had to go with the tried and true method of whacking his victim on the head to knock them out. 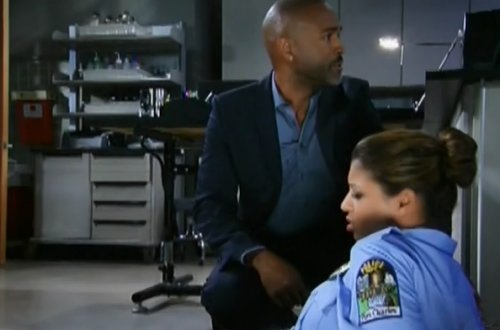 And since he wasn’t sure when Finn would be back, the killer ran off and left Valerie there since she wasn’t a planned target. Thankfully, Curtis was on hand to revive Valerie and make sure she was okay and then Valerie filled him in on the clue she found.

The cufflink that Valerie found is a big deal. It was made from an ancient Roman coin with the head of Julius Caesar on it. So why is that important? Back in January, Andre Maddox (Anthony Montgomery) gave Jordan Ashford (Vinessa Antoine) a gift.

As the current leading suspect in the killer case, the gift Andre gave the PCPD chief and what he said when he gave it to her are critically important. Andre gave Jordan a small statue of a Mayan jaguar and told her, “Archaeology is a hobby of mine…” 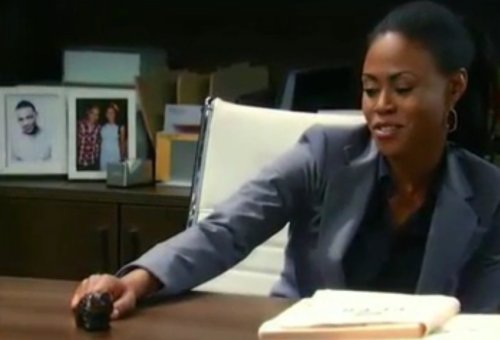 Ancient Roman coin cufflinks definitely sound like something that an amateur archaeologist would own. Plus, Andre is always in a suit and dress shirt which is required with cufflinks. Most of the other potential suspects dress like that. Franco (Roger Howarth) wears mostly t-shirts.

As a woman, Dr Obrecht (Kathleen Gati) doesn’t wear cufflinks, so she’s out. Griffin Munro (Matt Cohen) isn’t a fancy suit guy and although Hamilton Finn (Michael Easton) wears nice shirts and jackets, he has a firm alibi since he was in jail during an angel of death episode.

Also, consider the jaguar statue that Andre gave Jordan to keep on her desk. That’s a perfect place for him to hide a bug so he can listen in on Jordan discussing the PCPD investigation into his homicidal activities. Plus, Jordan asked him (ironically) to help investigate his own crimes. 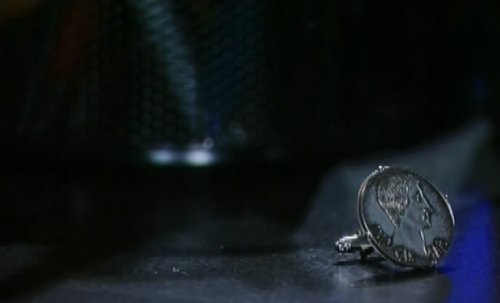 Jordan and Andre spoke about the Mayan statuette and he said he visited the Mayan ruins while traveling. Guess what the word “jaguar” means? It’s a native South American word that translates to “he who kills with one blow” because of the massive strength of the big cat.

Think about the GH serial killer’s murder method. He kills with one blow which is one syringe of derisofol. The GH killer takes out his victims with one fatal action just like the jaguar. Only Lucas Jones (Ryan Carnes) survived and that was a close call.

But now that Valerie knows about the cufflink and knows how important it is to the angel of death, she can dig in and she and Curtis can use that important clue to eliminate suspects and narrow the list of suspects down and figure out the perpetrator is Andre. 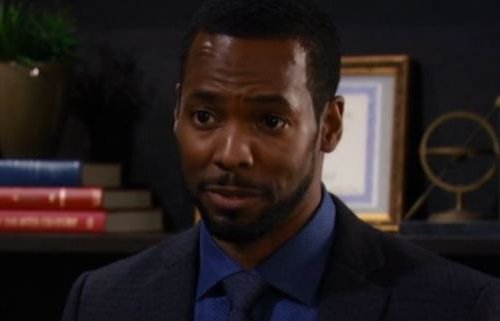 General Hospital spoilers reveal Val and Curtis won’t figure it out fast enough, though, and the angel of death will kill again in coming days. What do you think GH fans? Is Andre such a confident sociopath that he thinks he can’t be caught? How long until Val and Curtis take him down?

Share your comments below and check back with CDL for more General Hospital spoilers on the GH killer as more clues are revealed.