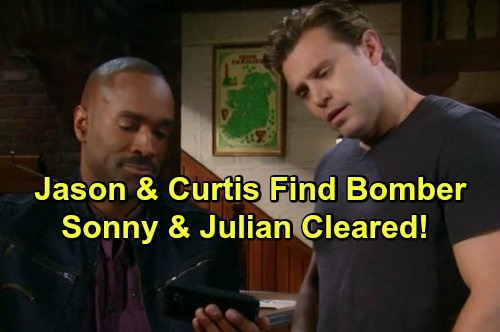 General Hospital (GH) spoilers indicate that Jason Morgan (Billy Miller) and Curtis Ashford (Donnell Turner) will do what the PCPD cannot – they crack the bomber case and it’s not who GH fans expect. Jason and Curtis are not only funny as hell together but they’re great investigators and will get us the answers we need.

We all know the PCPD and Jordan Ashford (Vinessa Antoine) are blowing this case like they do all their others. It took Anna Devane (Finola Hughes) about five minutes to solve the serial killer case that Jordan couldn’t figure out for months.

Jordan likes to arrest the most obvious candidate and it’s usually wrong. When the case makes it to court, it fails because the criminals in Port Charles are smarter than the cops. Thank goodness for Curtis and Jason who are both clever. 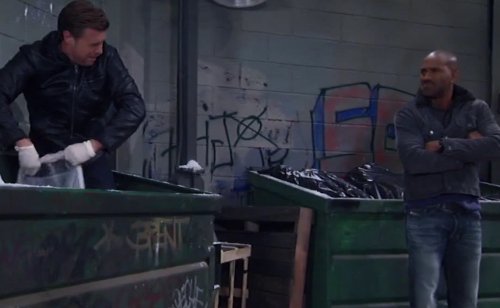 When Jason and Curtis dug in the dumpster behind where the Derek Wells van was parked, the dialog was hilarious and the detective work was great. Curtis got scared by a rat after Jason told him if he wants to be his wing man he needs to get into the dumpster and dig.

Curtis was thrilled to find a set of collectible glasses in the dumpster and says “damned skippy” he’s taking those home. Jason said “you’re full of surprises” and then the duo kept digging and found the materials used to plant the bomb on Julian Jerome’s (William deVry) car.

They sent the materials to be fingerprinted and just as the episode was closing on Friday, Curtis got a call from Jason’s super-fast lab tech buddy with results from the fingerprinting on the items they found. The answer should be Oscar Jessup. 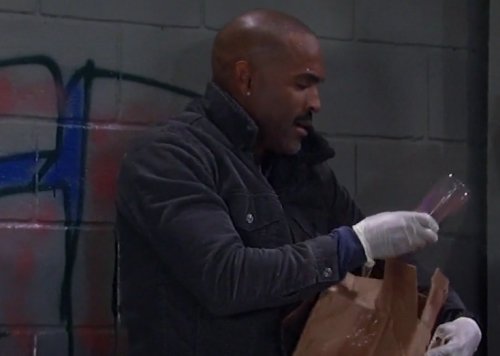 Although Oscar supposedly died years ago, he more likely went into business for himself and is now a full-fledged mobster in his own right. Oscar needs both the Jerome and Corinthos cartels out of the way so he can take over Port Charles.

Oscar may be working for someone else or he might be the big cheese, but he’s the guy that Jason and Curtis need to find. Their investigation will clear both Sonny Corinthos (Maurice Benard) and Julian in the bombing when they find out the true culprit.

Other GH spoilers indicate Nelle Hayes (Chloe Lanier) is working on behalf of her father who is a paid minion of the new mob boss that wants to take over Port Charles. Nelle’s job is to cause turmoil in Sonny’s life to make him vulnerable. Mission accomplished. 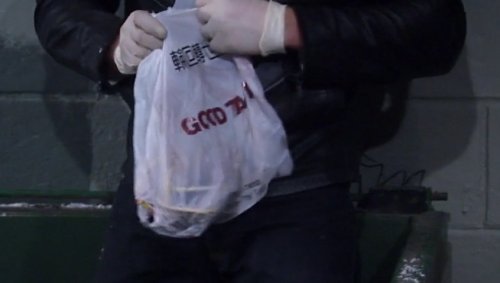 This mob mess will carry on past Christmas and into the New Year before any major reveals are made and the PCPD finally clears Sonny’s name in the bombing. Next week, Jordan comes to see Julian about the bomb investigation and this puts him on edge.

Even with the info that Curtis shared with Jordan, the PCPD is nowhere close to solving the bomb case – it will be Curtis and Jason that take care of that. GH fans are left wondering why Jordan is still the top cop in Port Charles after this.

Share your comments on the mob takeover that plans to take down Sonny and Julian and come back to CDL for more General Hospital spoilers and news.