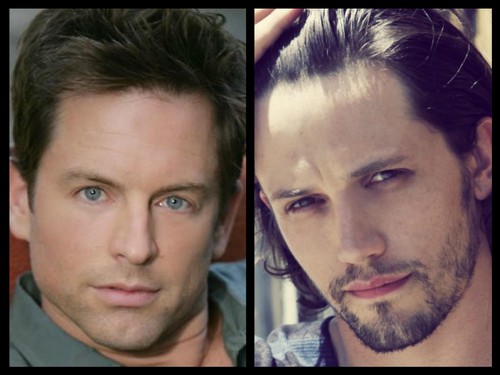 “General Hospital” (GH) spoilers indicate that there could be a recast and a returning character in the form of both of Luke Spencer’s (Anthony Geary) sons.

Nathan Parsons, who has played Ethan Lovett off and on over the years, just saw his “The Originals” character Jackson killed off and there’s no coming back even though the show is supernatural themed – since they burned his body…

We last saw Luke’s son Ethan during Luke’s exit and he would be a welcome return. Also, there’s a chance at a Lucky Spencer recast since it looks like Jonathan Jackson is not looking for a return to soaps anytime soon, yet there’s a void there that needs to be filled.

Liz Webber (Rebecca Herbst) and her boys are struggling and all but Jake Spencer (James Nigbor) are dadless. Liz could really use Lucky in her life. Michael Muhney (former Y&R Adam) would be brilliant as a recast Lucky – and he’s available.

Plus, GH spoilers indicate there is much more Spencer action to come as February sweeps unfold. Next week, Helena Cassadine’s (Constance Towers) last will and testament is revealed and Laura Spencer (Genie Francis) sets off on an adventure based on what’s in it.

Scotty Baldwin (Kin Shriner) will notify a stunned Laura that she needs to be present for the reading. Could the will send her off to Europe, possibly to Ireland, where she drags Lucky along on her adventure then back home to his family?

Liz and her boys need someone in their life and Jason Morgan (Billy Miller) will soon move completely on to Sam Morgan (Kelly Monaco) leaving Liz bereft. Laura’s adventure could also put Ethan Lovett in her way since he’s a rambling guy always looking for adventure.

Laura could return to Port Charles with her son and stepson along for the ride.