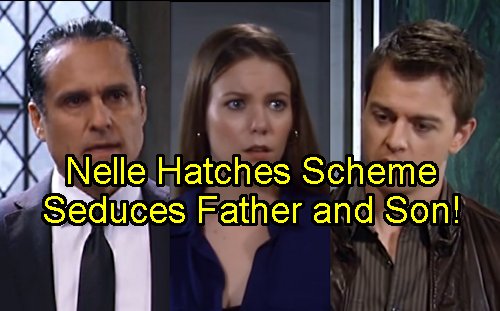 Sonny is still vulnerable even though his guilt is somewhat mitigated by Jason Morgan (Billy Miller) discovering that Sonny’s hit man didn’t set the bomb. Now he’s looking for information about the new bomber but Carly wants him to stop the revenge quest. He won’t and Carly is ready to walk away.

With Sonny split from Carly, he’s emotionally vulnerable and may feel like lashing out when Carly gets closer to Jasper Jax (Ingo Rademacher). Some GH spoilers hint that Carly and Jax might wind up in bed before he leaves. Whether it goes that far or not, clearly Carly misses the safety and stability of Jax. 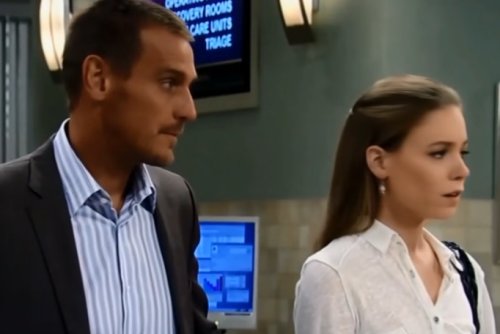 Nelle will get some information soon and uses it to manipulate Sonny and get closer to him. Nelle has Sonny where she wants him and makes a move to use him to punish Carly. Long simmering spoilers indicate that Nelle will seduce Sonny but that’s not the only Corinthos male she’s got her eye on.

Nelle is also playing games with Michael who is twice as vulnerable. Michael not only just lost his brother Morgan Corinthos (Bryan Craig) but he also lost Sabrina Santiago (Teresa Castillo) and then saw baby Teddy Rivera leave town. Michael has lots of grief right now.

When he and Nelle had a “moment” she told him they can’t date because she works for his mom and that will only flame the fans of the feelings Michael has. Plus, Josslyn Jacks (Eden McCoy) wants to see Nelle and Michael together. She was shipping them from the moment Nelle came to town. 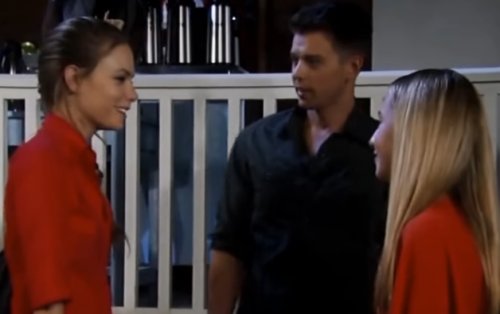 But how can Nelle get with both Sonny and Michael without the other finding out until she wants them to? That’s pretty easy. Nelle can ask Michael to keep it quiet since she works with Carly and he will easily agree. Carly already told him she’s cool with him dating Nelle, but he’ll keep quiet.

As for Sonny, he’ll keep quiet out of deep shame. Cheating with Nelle is not something he’ll want to spread around but we can expect Nelle to keep some proof of what he did – perhaps a naked bed selfie or something similar. Nelle is terribly devious.

On the Thursday, November 17 episode, we saw Nelle set Bobbie Spencer (Jacklyn Zeman) up. Nelle was intentionally rustling around in Carly’s purse and pulled out the fat stack of cash knowing Bobbie was lurking. Nelle is clever, you have to give her credit. 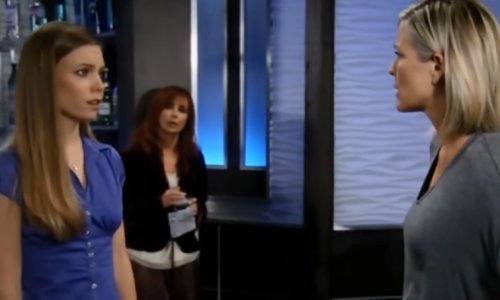 Bobbie went off on her making accusations that seemed wild and unfounded which got Carly to defend and further trust Nelle. The angry young woman is setting Carly up for the biggest fall in coming weeks when she wrecks her life in much the same manner that Carly did to Bobbie.

This is a karmic full-circle that will hit Carly when she’s already fragile and still reeling from the loss of Morgan. Some GH spoilers reveal that Nelle will have a moment of guilt before she goes through with her plan but then she pushes on and wrecks Carly’s life.

What do you think GH fans? Will Carly ever recover from what Nelle is preparing to do to her? How horrified will Michael and Sonny be when they find out both have been with Nelle? Share your comments below on this ugly revenge scheme.