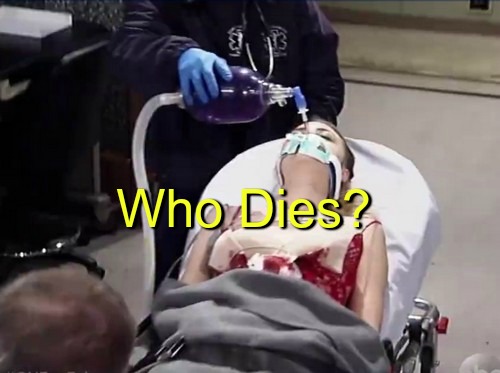 “General Hospital” (GH) spoilers reveal that three major characters are facing life or death struggles in coming episodes this week and next as February sweeps hits its peak. Could one of these Port Charles residents be killed off as part of the gun running plot? Let’s consider.

Before you assume that GH showrunners wouldn’t up and kill off a character, Silas Clay (Michael Easton) was murdered with absolutely no warning during July sweeps last year. General Hospital writers had to know that fans would be wildly upset but it was done anyway.

Could the same thing happen again for February sweeps? We do know that GH showrunners caved in to fan pressure and have brought Michael Easton back – but he’ll be an all-new character. Did TPTB at “General Hospital” learn their lesson with the Silas Clay catastrophe or will they kill again?

Let’s take a look at General Hospital spoilers about who could be killed off during February sweeps and why. The main candidates are Kiki, Nathan, and Lulu – but Julian and Morgan are other possibilities.

Kiki’s been shot and it took a really long time for anyone to get a clue and call an ambulance. She’s bleeding out on the docks and the EMTs have just showed up. GH spoilers tease that Kiki’s future is not certain and that means she might die. What’s more interesting than death would be if Kiki’s medical crisis forced the reveal that Ava Jerome (Maura West) is not her biological mother. 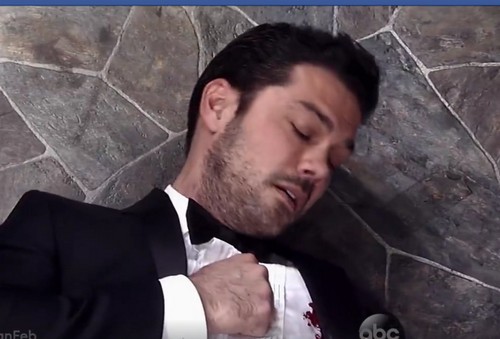 Nathan is bleeding out at the church and Maxie Jones (Kirsten Storms) can’t help him. If Dixon (Troy Ruptash) won’t let Lucas Jones (Ryan Carnes) help him, he could die there at the church. GH spoilers tease that Nathan will say something while he’s groggy that will shock Maxie. What could it be? Let’s hope Nathan doesn’t kick off since we’re hoping Michael Easton’s new character might be his dad… 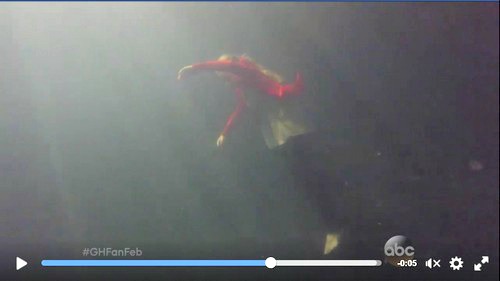 Lulu is drowning in Port Charles harbor right now. She’s bobbing up and down like human jetsam struggling to stay afloat. Dante Falconeri (Dominic Zamprogna) is looking for her, but the less than keen detective hasn’t noticed the duct tape and other signs that she may have been the victim of foul play. We know from today’s new spoilers video that the sleuth eventually sees that Lulu is drowning and dives in to save her – will Dante succeed? Seems like GH showrunners would be crazy to kill off the daughter of legacy characters, but who knows? 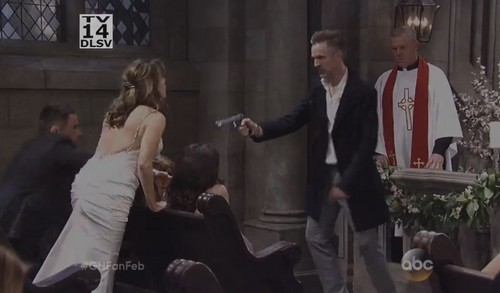 There’s no reason to assume that Julian could kick it, but Olivia Falconeri (Lisa LoCicero) did have that premonition about blood being on his hands. Does the blood indicate that his life could be at risk, or that he’s to blame for someone else’s death? It would be truly tragic to kill Julian off on his wedding day, but Silas’ death was tragic and unexpected too, so you never know… 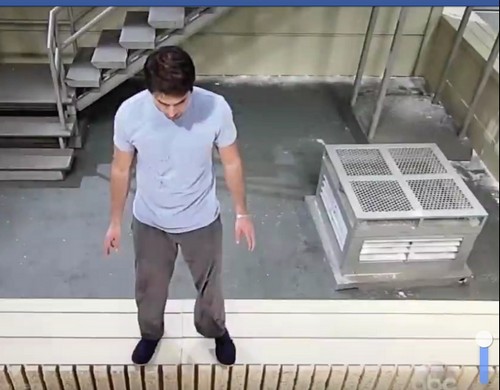 Morgan survives the whole dock gun deal, but once he realizes that his actions have put Kiki at death’s door, GH spoilers reveal that Morgan will contemplate suicide. Morgan is on the roof of GH, on the precipice of jumping. He’s off his meds and horrified at what’s happened to Kiki. All it would take is one little step and no more Morgan. But will he do it? Or will another Corinthos talk him down?

Let’s hope that GH doesn’t kill off a major character as part of February sweeps, but you never know. Fluke turned out to be just Luke, Silas got a knife to the back, and Helena Cassadine (Constance Towers) up and died with no drama – so it seems like they like to do the unexpected when we least expect it.

We’re certainly not advocating for the death of any core characters although if Dixon took a bullet at the hands of Sonny Corinthos (Maurice Benard), we wouldn’t miss the gun runner. He’s not a nice guy and was likely hired just for a short-run gig. So if anyone kicks it during sweeps, Dixon is the odds-on favorite.

What do you think GH fans? Are you hoping that TPTB at the ABC soap take a “live and let live” policy for February sweeps? Or do you think they may pull a stunt like they did with Silas in May sweeps last year and kill off a beloved character?

Share your comments below and be sure to check back with CDL every day for detailed “General Hospital” spoilers, news and more.