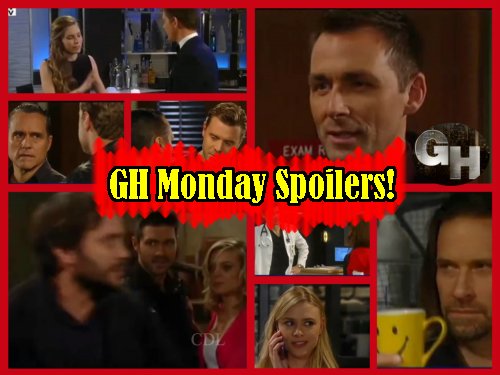 Sonny denies it at first and then caves and admits that he spent the night with Carly Corinthos’ (Laura Wright) assistant. Jason is outraged. He’s been out trying to clear Sonny’s name while Sonny was cheating on Jason’s bestie.

Jason threatens to tell Carly and Sonny begs him not to. Sonny tells him the truth but will the circumstances described make Jason suspicious that Nelle set Sonny up? Will Sonny rat out Carly for kissing Jasper Jax (Ingo Rademacher)? 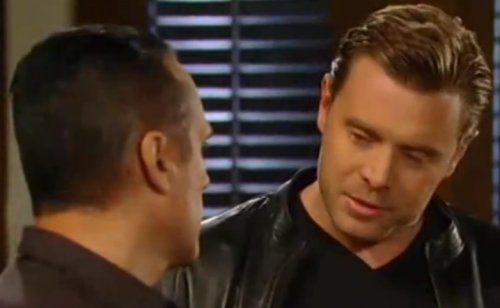 Nelle is at the MetroCourt with Michael Quartermaine (Chad Duell) for the holiday gala benefiting Toys for Tots. Nelle tells Michael that she has to bail. It seems like she’s messing with him. GH spoilers indicate that Nelle will toy with Michael and keep him at arm’s length.

Liz Webber (Rebecca Herbst) talks to Griffin Munro (Matt Cohen) about her concerns about Franco (Roger Howarth). Liz tells Griffin she doesn’t know if enough is ever enough and worries about what Franco might do to Tom Baker (Don Harvey).

Liz is right to be worried. Franco is with Kiki Jerome (Hayley Erin) plotting to take down Tom. Franco and Kiki are at his studio and she calls Tom and pretends like she wants him to take those “modeling” photos that he offered. 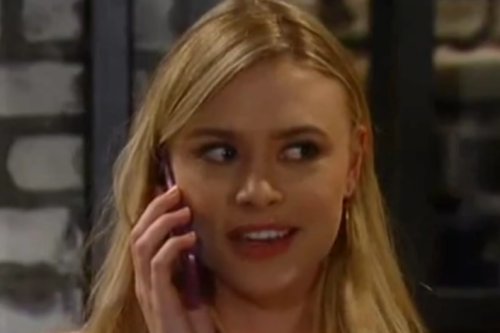 Kiki invites him to the studio – she’s the bait – and Tom winds up in a cage with a shock collar around his neck. Tom comes prepared to do dirty things to Kiki and gets done dirty himself. Tom is terrified at what Franco has planned.

This is life-changing info for Lulu and Dante. GH spoilers indicate Lulu is happy to have a daughter but Dante hates the idea that Valentin has a kid with his wife. Lulu is thrilled about the kid but Valentin has some explaining to do and it’s a tale of embryos, intrigue, and sneaky science. 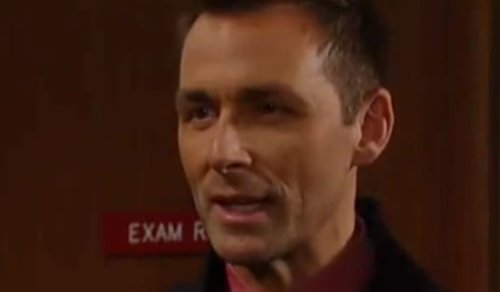 Dillon Quartermaine (Robert Watkins) stops by Crimson to talk to Nina Clay (Michelle Stafford) and freaks out when he finds out her new boyfriend is Valentin. Dillon lectures her and Nina needs to give him the same reality check she gave Nathan West (Ryan Paevey) about her being an adult.

How many people will make it to the gala with all this drama going on in New York City and elsewhere in Port Charles? Will Valentin make it back to town to escort Nina to the ball? Share your comments on these spoilers for Monday, December 12.

Come back to CDL often for the latest General Hospital spoilers, news and updates.