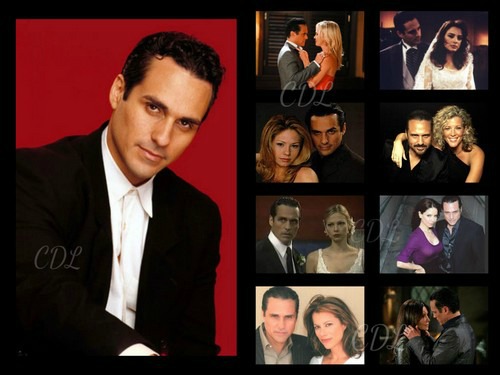 “General Hospital” (GH) spoilers tease that after an upcoming mob brawl, Carly Corinthos (Laura Wright) may rethink whether it’s worth the danger to be with Sonny Corinthos (Maurice Benard). This has us wondering if any of Sonny’s past loves were up to the challenge of being with him as he is.

Connie Falconeri (Kelly Sullivan) aka Kate Howard was not only a blast from Sonny’s past who came back into his life like a tidal wave, but losing her almost broke him. Connie was one of Sonny’s loves that was taken from him and he’s still hurting bad over this one – his constant anger at Ava Jerome (Maura West) is proof. If Connie had lived, would she still be with Sonny? Was she his soul mate?

You have to wonder if Lily Rivera (Lilly Melgar) had survived, would they have worked things out? Sonny and Lily had issues because of Brenda, but her pregnancy may have kept them together if her father had not accidentally blown her up. Lily was a peaceful sort who was a good influence on Sonny but she also understand the rigors of mob life. Could Lily have been Sonny’s true soul mate?

The first Carly Benson (Sarah Brown) came to town looking for revenge against Bobbie Spencer (Jacklyn Zeman) and got it, but also got much more than she expected when she rapidly found herself involved with AJ Quartermaine, Jason Morgan and then Sonny. Carly #1 and Sonny had a slow burn when it came to their initial love, but their chemistry was electric. Was this Carly your favorite of the three?

Tamara Braun stepped in as Carly #2 when Carly mania was high. She filled Brown’s shoes as Sonny and Carly’s relationship hit many snags including a divorce, him shagging Alexis, and a double kidnapping while pregnant with Morgan. The bullet Sonny lodged in her brain proved to dampen their relationship and they divorced over Kristina’s baby mama drama. Was this Carly your fave?

The current reigning Carly #3 (Laura Wright) got Sonny down the aisle for a record fifth time recently and this pair has had their share of blowouts, missed moments, affairs and controversy. But now that they’re older and wiser, they are mellowing into each other – without losing their edge with others. What do you think, is the more mature Carly the true soul mate of Sonny? Are they mated for life?

Another blast from Sonny’s high school past that he loved, lost, then found and lost again was Olivia Falconeri (Lisa LoCicero). Olivia was Sonny’s first Falconeri and he unknowingly knocked her up as a teen. Olivia keeping that secret resulted in Sonny shooting Dante – and it’s incredible that she could get past all that to get involved with Sonny again. Are they better as pals or destined to couple up?

Alexis Davis (Nancy Lee Grahn) may be a smart lady lawyer but her Cassadine roots seem to draw her to dark men. Alexis couldn’t keep her attraction to Sonny at bay and the end result was Kristina Corinthos (Lexi Ainsworth) and a heap of awkward encounters. Seems like a lawyer is the perfect partner for Sonny, though, with his ongoing legal problems. Were Alexis and Sonny just a one off or was it love?

For Sonny, it seemed like Brenda Barrett (Vanessa Marcil) was the one love that kept getting away and their timing was always off. Brenda never liked Sonny’s mob activities and even wore a wire to try and shut down that part of his life. Despite their issues, they kept finding each other. They might be together now if he had read the letter she left with Robin. Is Brenda Sonny’s true soul mate?

What do you think GH fans? Which of these women do you think Sonny was meant to be with? Are he and Carly #3 hitched for life now? Or is there a woman in Sonny’s past that was his greatest love that he will never get over?

Share your comments below and check back with CDL often for more “General Hospital” spoilers.