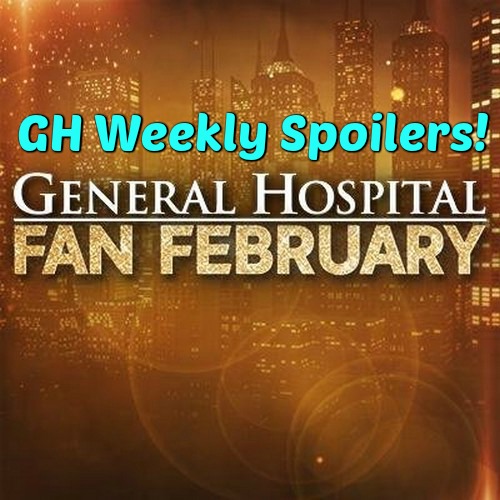 “General Hospital” (GH) spoilers for the week of February 8 through 12 tease that sweeps are picking up momentum and we’ll have some major action. Cassadine secrets will be revealed, Liz loses everything, and Sonny makes a major misstep in his war with Ava.

There’s still some doubt as to whether Helena Cassadine (Constance Towers) has really kicked the bucket, but her last will and testament will be read next week and looks like Laura Spencer (Genie Francis) got something in the document – hope it’s not one last curse.

GH spoilers reveal that whatever it is, it should set Laura off on a new adventure. Will Nikolas get a nasty surprise when his evil grandma’s will is read? Did she find a way to cheat him out of something at the last minute? It’s Helena, so you know it will be bad.

Liz Webber (Rebecca Herbst) will be homeless next week after a fire burns to the ground the house that Jason Morgan (Billy Miller) bought her. Liz will take shelter at Wyndemere with her boys – but it looks like Jake Spencer (James Nigbor) has a different fate than the other kids.

GH spoilers reveal that Jake will receive treatment for his injuries at Shriner’s Hospital for Children. You’ll recall that last year, Spencer Cassadine (Nicolas Bechtel) got burn treatment there. This plot line allows GH and ABC to help promote the good work the hospital does for children and their families.

With Liz at the island, what does that mean for Nikolas’ new marriage to Hayden Barnes (Rebecca Budig) aka Rachel? Will Hayden be unhappy that Nik’s former lover – who already doesn’t like her – is under the same roof? Will this make it harder for Hayden to keep on with her lies?

Sonny Corinthos (Maurice Benard) is worried that Ava Jerome (Maura West) will file to block his visitation of Avery after the stunt Kiki Jerome (Hayley Erin) pulled. GH spoilers indicate Sonny may make a move too soon that could mess up his plan to take down Ava.

Nathan West (Ryan Paevey) and Maxie Jones (Kirsten Storms) get closer than ever despite their BFF’s marriage falling apart. Is Nathan ready to propose? GH spoilers hint that Nathan and Maxie will put together a Valentin’s scheme.

The happy couple will try and spark romance between Lulu Spencer (Emme Rylan) and Dante Falconeri (Dominic Zamprogna). Good idea, but can Dante focus on Lulu and keep his mind off of Valerie Spencer (Brytni Sarpi) – who is warming up to handsome Curtis (Donnell Turner)?

And with sexy new doc Griffin Munro (Matt Cohen) in town, does he have a shot at finding a hot date for the big romantic day? We’ve also got a Julexis wedding coming up soon. GH spoilers reveal that Julian Jerome (William deVry) and Alexis Davis (Nancy Lee Grahn) will say I do, despite a surprise guest.

Epiphany Johnson (Sonya Eddy) will find herself with new responsibilities next week and Sam Morgan (Kelly Monaco) will be saved by Jason from the house fire, but will be in critical condition at GH for days to come. We’ll see a concerned Jason at her side while she fights for her life.

All this and more the week of February 8 – 12 – don’t miss a moment of these romantic and action-packed episodes and check back with CDL often for more “General Hospital” spoilers and news.