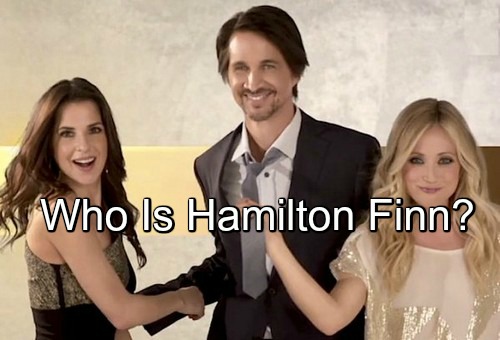 “General Hospital” (GH) spoilers reveal that showrunners may have been a bit misleading about what character Michael Easton would play on his return to Port Charles. The word was out that Dr. Marcus Byrne, a character hell-bent on revenge, was who Michael would be playing.

But the credits on the GH Friday’s episode, March 18 list Michael Easton as “Hamilton Finn” and there was no “Dr” beside his name. On the same credit frame, we saw “Dr Andre Maddox” but Easton’s new character wasn’t credited with an MD signifier.

General Hospital spoilers ask if this means that not only is Easton NOT Dr Byrne, he’s NOT a doctor at all? Hmm… The new name plus a GH spoiler that Easton’s new guy would somehow be involved with Laura Spencer (Genie Francis) has us looking back at our General Hospital history books and wondering about the revenge angle.

Way back in 1978, a teenage Laura accidentally killed a man named David Hamilton. He was much older than Laura and seduced her as part of a revenge scheme against her parents. She was love struck and when David’s betrayal was revealed, Laura shoved him, he struck his head and died.

Initially, her mom Lesley Webber took the fall for Hamilton’s death but Laura finally confessed and she was given a slap on the wrist in the form of six months of probation. We’re wondering if the name Hamilton in connection with Laura ties back to Easton’s new character…

This is just a theory, but General Hospital spoilers explore it a bit since co-writers Jean Passanante and Shelly Altman have shown an interest in exploring legacy storylines. First, Hamilton Finn would be the right age to be the son (or much younger brother) of David Hamilton.

Alternately, the character could have changed his name to Hamilton Finn to honor his murdered father because the word Fin (in French) translates to “end.” That would be a prosaic translation, but GH loves complex back stories.

If Hamilton Finn is related to David Hamilton that would explain the tie to Laura’s past and future storylines and also why he’s hell bent on revenge. After all, no one ever really paid for David Hamilton’s death – Laura was essentially let off with no punishment at all.

GH spoilers tease that it would be kind of amazing to see Hamilton Finn show up as a blast from her past and trick Laura into falling for him – much as his father did – with the intent of making her pay for what she did to his father so long ago.

Of course this is just a GH spoilers theory, but it would be great. After all, Laura needs love in her life and GH has plenty of doctors right now, so we don’t need another white coat added to the staff. Fingers crossed that Finn is perhaps a wicked businessman or in another intriguing line of work.

What do you think GH fans? What are your hopes for Michael Easton’s new character Hamilton Finn? Would you like to see him pursuing Laura for either love, revenge or both? Share your comments below and come back to CDL for daily detailed “General Hospital” spoilers and news.