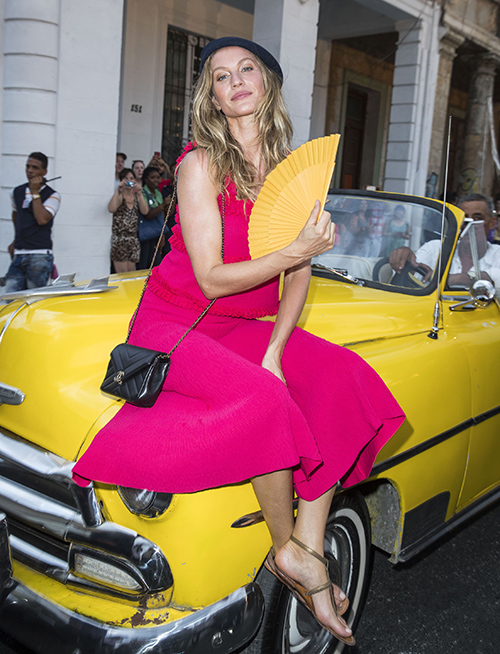 Is Gisele Bundchen and Tom Brady’s divorce going to happen before the end of the year? Is the celebrity world’s ‘golden couple’ hitting a rough patch in their marriage? That’s the new speculation, as apparently critics are not believing Tom Brady’s poor excuse for not attending the 2016 Summer Olympics in Rio de Janeiro with his wife, Gisele Bundchen.

Supermodel Gisele Bundchen’s most important moment of her career happened when she walked the runway for the very last time during the 2016 Summer Olympics’ opening ceremony in Rio de Janeiro. Gisele Bundchen is Brazil’s most celebrated export and, as a result, she walked the longest runway of her life while billions of people from all over the world watched her model a Brazilian-designed floor-length dress to Astrud Gilberto and Stan Getz’s iconic ‘The Girl From Ipanema.’

But unfortunately, her husband Tom Brady wasn’t there to give her the support she needed. He was back home in the United States instead. According to People Magazine, the New England Patriots quarterback said that the opening ceremony conflicted with his NFL training camp schedule. He explained, “For me, [the Olympics] are right in the middle of training camp so I need to talk my coach out of a couple days of practice.”

Yet, that might not have been the case as Tom Brady isn’t even allowed to train with his Patriots teammates as part of his four-game suspension over last year’s “deflate gate.” So if Tom Brady isn’t practicing with the New England Patriots, why didn’t he fly to Brazil to be with Gisele Bundchen during one of the proudest moments of her career? Are things so bad between Gisele Bundchen and Tom Brady right now that he can’t even muster the strength to be by her side for the sake of their public image?

Whatever the case, there’s no doubt that Tom Brady’s absence at the opening ceremony is going to raise a lot of eyebrows. Whether or not he’s training with the New England Patriots, he is still suspended for the team’s first four games. Considering the amount of money and access the couple has, a quick trip to Brazil would have been effortless for someone like Tom Brady.

Tell us CDL readers, what do you think? Is Gisele Bundchen and Tom Brady’s marriage in trouble? Did Tom Brady skip the Summer Olympics ceremony because of his supposed marital issues? Let us know what you think and of course, check back with CDL for any updates on all of your favorite celebrities right here.