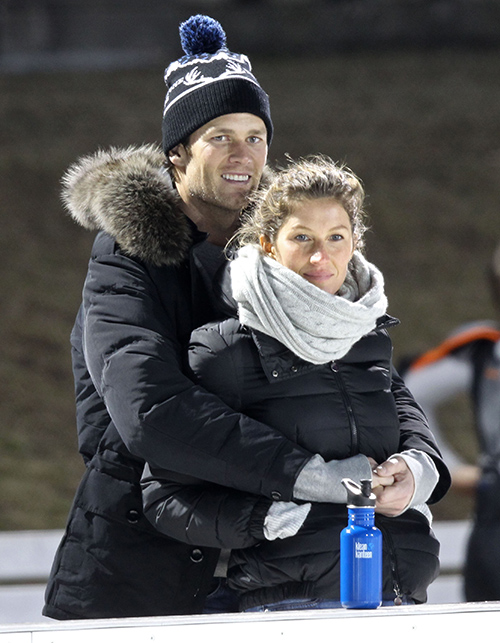 Gisele Bundchen might be pregnant with baby number three. If so, is this a desperate attempt to fix a failing marriage to Tom Brady? Can a baby save the couple from divorce? There are many reports that Tom isn’t an easy guy to live with, especially after the New England Patriots lost the AFC championship, and a place at Super Bowl 50, to the Denver Broncos.

Deflate-gate allegedly made living with Tom a complete nightmare. How can you have a happy marriage if someone is always in a bad mood? Is it because of these reports that Gisele and Tom haven’t been able to escape the nearly constant speculation that they have a tumultuous marriage? Has the couple come close to divorce several times over the past year? Are Gisele and Tom attempting to cover up their farce of a marriage by welcoming another member to the Brady bunch?

An insider went to OK! magazine to say that Gisele Bundchen and Tom Brady just may be expecting a third child. Why would this source say that? Apparently, Gisele hasn’t colored her hair recently. How does this add up to being pregnant? Gisele is extremely health-conscious, and if she’s pregnant that means no harsh chemicals, which means no coloring her hair.

How does this source know Gisele hasn’t colored her hair recently? The Victoria’s secret model attended an event at the United Nations on March 3 and everyone was talking about her “noticeable roots.” Also, the insider revealed that as of late Gisele has “refused even a sip of wine.”

Are Tom Brady and Gisele Bundchen adding to their family? Is it to save their marriage or because the couple is truly in love and want another little Brady running around the house? The couple certainly has had enough time since Tom’s been home more and Gisele officially retired from modeling.

Not long ago Gisele and Tom were they looking for a larger house because they were already planning on expanding the family? Everyone knows Gisele loves being a mom. Are her arms aching for another little one?