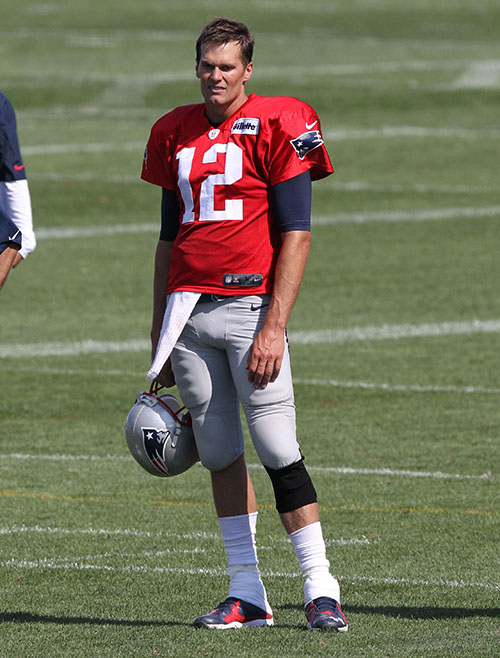 Tom Brady and Gisele Bundchen’s marriage is in serious trouble, and multiple sources say that a divorce is in the supermodel and quarterback’s near future. A few weeks ago, the tabloids picked up a story about Tom and Gisele’s relationship woes – and teased that Gisele was threatening to pack up the kids and move them to Brazil for a few months so that she and Tom could take a break. Since divorce rumors first hit the internet, Tom and Brady have been doing some serious publicity work and trying to keep a united front.

From an outsider looking in, Tom Brady and Gisele Bundchen appear to have the perfect marriage, but sources close to the couple say it is all a façade – and they aren’t half as happy as they appear in the happy couple propaganda that Gisele posts on social media. A source dished to People Magazine, “There have been a lot of stresses in their marriage in the last year, especially during football season, Brady can be nasty and cold when engrossed in his own problems. Tom is singularly focused on his career and sometimes Gisele feels left out. There have been arguments.”

Of course Tom’s Super Bowl scandal and the Patriots’ “Deflategate” have taken a tremendous toll on their marriage. And, if their relationship were strained, no one would be surprised. But, for some reason, Gisele Bundchen refuses to admit that there are problems at home – and continues to keep a smile on her face and to post family portraits on social media like nothing is wrong.

Do you think that Tom Brady and Gisele Bundchen are on a fast track to a divorce? Do you believe the reports that Tom is “cold and nasty” to his wife? Let us know what you think in the comments below!