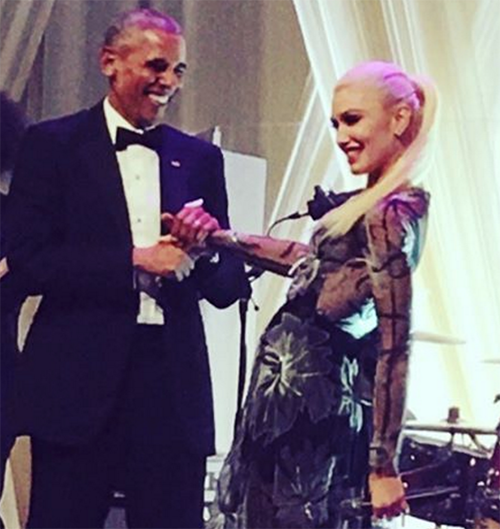 Gwen Stefani and Blake Shelton are so desperate to keep their showmance alive and in the headlines that they’ve even taken their act to the White House. Thanks to Gwen Stefani’s Italian heritage, she was invited to perform at President Obama and Michelle Obama’s final state Dinner with Italy’s Prime Minister Matteo Renzi and Agnese Landini at the White House this week.

While she could have easily managed to sing on her own, Gwen brought Blake as her guest so they could perform their failed duet, “Go Ahead And Break My Heart” at the dinner even though there’s very little chance that anyone cared.

Surely, Gwen Stefani and Blake Shelton were hoping that their duet would sit at the top of the charts all summer long, but that wasn’t the case at all. In fact, it burned and crashed so quickly that many radio stations dumped it from their rotations after just a few airplays. Still, it’s all Gwen and Blake have made a case to push it so hard that they’ve performed it so many times in public that fans are completely over it.

It’s not because the duet isn’t catchy, but because of the ‘act’ Blake and Gwen always put on while they’re singing, which includes the two of them locked in a starry-eyed, loved-up stare to show the world just how crazy they are about one another.

Of course, it’s pretty obvious that Gwen and Blake’s ‘showmance’ was created to help give their careers the boosts they desperately need. Blake only became a household name thanks to his role in ‘The Voice,’ and Gwen hasn’t had a hit single or album in years. Gwen and Blake forcing people to hear them belt out their duet – at the White House no less – once again proves that they are so desperate to stay relevant, they will do just about anything for attention. In fact, it wouldn’t even be surprising if some of the attendees at the state dinner heard their duet for the first time that night. 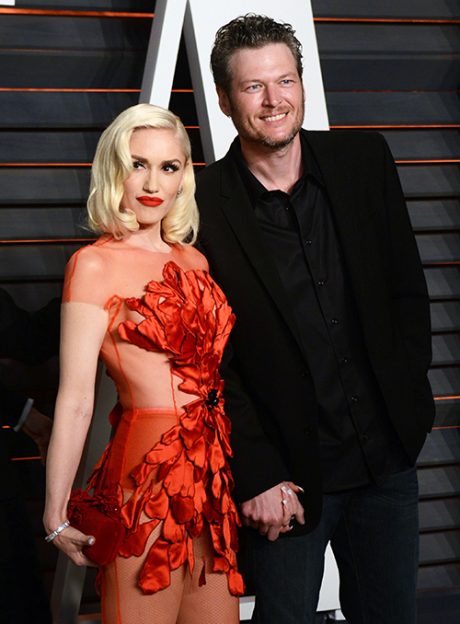 Tell us, do you think Gwen Stefani and Blake Shelton are worried that no one is interesting in their ‘showmance’ anymore? Will the couple break up once they realize that their constant PDA’s aren’t any help to their careers? Let us know what you think in our comments section below and also, don’t forget to check back with CDL for all the latest news and updates on Gwen Stefani, Blake Shelton and your favorite celebrity couples right here.