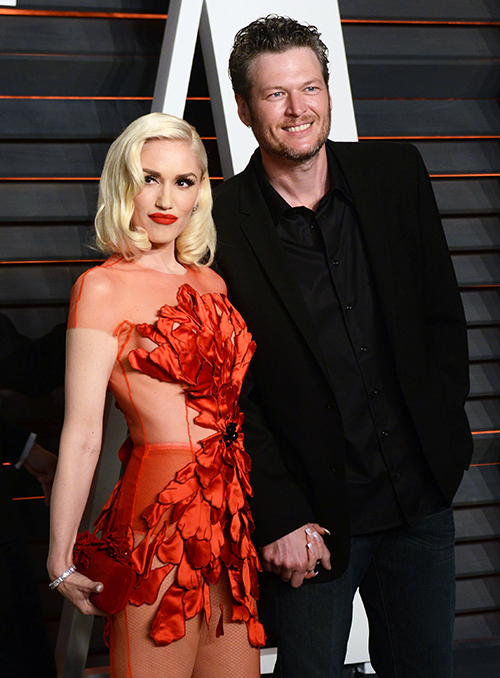 It looks like Gwen Stefani and Blake Shelton’s showmance might be coming to an end. There’s hot new buzz that suggests Gwen is feeling devastated over the news that her boyfriend is reuniting with his ex-wife, Miranda Lambert. The former couple is expected to team up for a country music collaboration.

According to In Touch Weekly, things are definitely going to get awkward between Blake Shelton and Miranda Lambert, as the former lovers are expected to work with various artists on a collaboration called, “Artists of Then, Now & Forever – Forever Country.” And no matter how professional Blake and Miranda are going to try and be throughout the whole process, there’s no doubt that they’ll have trouble bottling up their emotions, thanks to all the nasty divorce reports and jealous Miranda Lambert stories that have been making headlines.

Of course, Gwen Stefani has every reason to feel devastated. What woman would feel comfortable knowing that her boyfriend has to work with his ex-wife? If that weren’t enough, the collaboration will also play a huge role in the upcoming 50th annual CMA Awards, which means Blake and Miranda will possibly be sharing a stage together with millions of fans tuning in to see them side by side again. Country music artists Carrie Underwood, Luke Bryan, and Keith Urban are also expected to join Blake and Miranda for the project.

What’s more, both Blake and Miranda are supposedly very enthusiastic about the project. ‘The Voice’ star even said, “This is one of those things where you get the phone call — and I really didn’t even ask what the song was. I just said sure, I’d love to be a part of whatever you guys are doing. It’s one of those things where you’re just honored to be in with accompanying artists.”

If there’s one person who isn’t looking forward to seeing this, it’s of course Gwen. Knowing how her insecurities get the best of her, it wouldn’t be surprising if she gets into a nasty fight with Blake over the whole ordeal and makes him pull out of the collaboration. Not only will that jeopardize their relationship, but also give Miranda another reason to put a smirk on her face.

If there’s anyone who is having the last laugh out of this ordeal, it’s Miranda. Gwen Stefani and Blake Shelton’s showmance might be fooling the world, but it’s certainly not fooling her. Tell us CDL readers, do you think Gwen Stefani’s jealously will make Blake Shelton pull out of his CMA collaboration with Miranda Lambert?