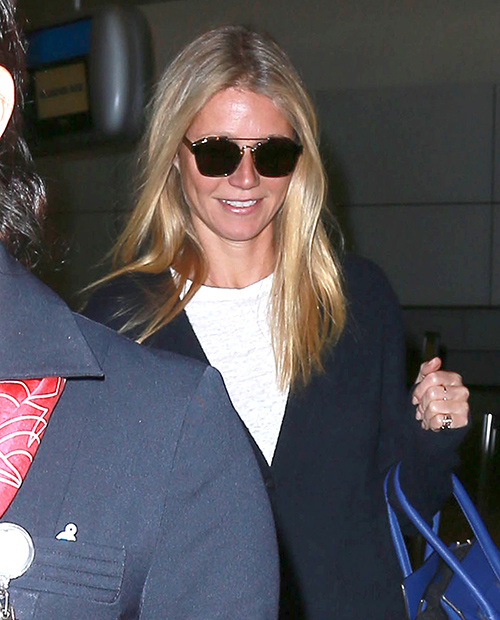 Gwyneth Paltrow and longtime boyfriend Brad Falchuk are finally getting married – according to Gwyn’s mom, Blythe Danner. It seems like every other week Gwyn and Brad are either breaking up or getting married, but Gwyn’s mom seems convinced that Brad is her future son-in-law, and there are wedding bells in her daughter’s near future. Or at least that’s what she wants everyone to think.

Blythe Danner was overheard at a recent event in New York City chatting about Gwyn and Brad. Insiders at the event on February 8 revealed to OK! Magazine that Blythe was very excited about Gwyn’s relationship and implied there would be a wedding…soon. According to the tabloid’s sources, “Blythe said she adores Brad and the way the he treats Gwyn, and she expects them to wed as soon as they are able.”

So what’s the hold-up? Well, Gwyn wasn’t the only one that was consciously uncoupling. She raised a few eyebrows when she began dating Brad – seeing as how she was technically still married to her ex Chris Martin. But, Falchuk was still a married man too! Gwyn and Brad can’t actually take a trip down the aisle until his divorce from his wife of 10 years – Suzanne – is complete.

Of course, this could all just be wishful thinking on Blythe Danner’s part, though she did seem to believe her own statements about her daughter’s future wedding. Danner even went as far as to say that Gwyn “couldn’t wait to be a wife again” – according OK! Magazine.

What do you guys think, is there a wedding in Gwyneth Paltrow’s near future, or is her mother Blythe just too embarrassed to admit that her recently divorced daughter and her married boyfriend have no intentions of making their relationship official. Share your thoughts and theories in the comments section below!