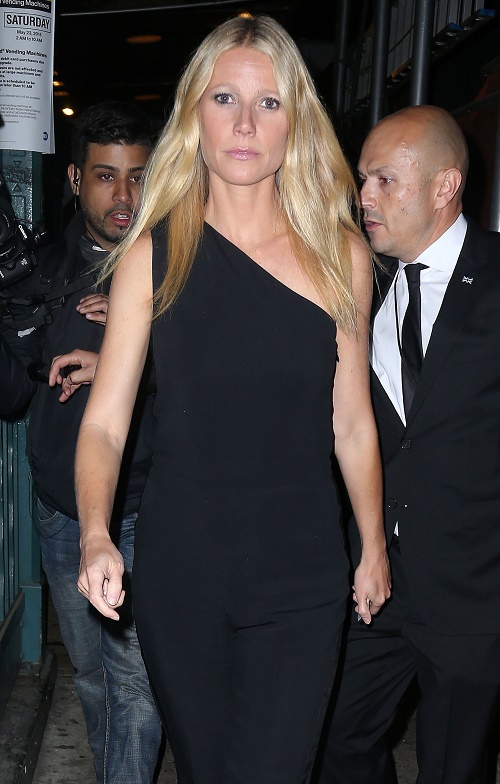 Gwyneth Paltrow and Brad Falchuk’s breakup wasn’t exactly shocking news. The Glee producer has reportedly been miserable for months dating Chris Martin’s controlling ex-wife. If anything, we are just shocked that they stayed together this long. What is interesting is that apparently Brad revealed the breakup news to her via text. Ouch!

Brad was apparently so intimidated by Gwyn that he was too scared to break up with her in person, so he texted her the bad news. According to the July 13 edition of OK! Magazine, “Brad ended it a couple of weeks ago but he didn’t have the guts to do it in person. He is still attracted to her but her bossing him around was too emasculating.”

According to OK! Magazine’s inside sources, Gwyn was “blindsided and angry” with her now ex-boyfriend. We have all heard the horror stories about Gwyneth Paltrow, but seriously she must be one scary lady if a 44-year-old man is too scared to dump her in person.

Ironically, Gwyn’s ex-husband, Chris Martin, is back on the market too. He and Hunger Games star Jennifer Lawrence just broke up again. Details are scarce as to why Chris and Jennifer uncoupled, but rumor has it that it might have something to do with their alleged cheating with Kylie Minogue and Nicholas Hoult. On the bright side, Chris and Gwyn are both single and ready to mingle again, so maybe they can consciously recouple?

Gwyneth Paltrow should probably use her newfound spare time as a single woman to do a little bit of soul searching, and maybe some self-reflection. It’s pretty alarming that she has now scared off two men and “emasculated” them. Do you think that Chris and Brad are just punks, or should Gwyneth Paltrow reevaluate how she treats her significant others? Since Chris and Gwyn are both single now – do you think they could get back together? Let us know what you think in the comments below!