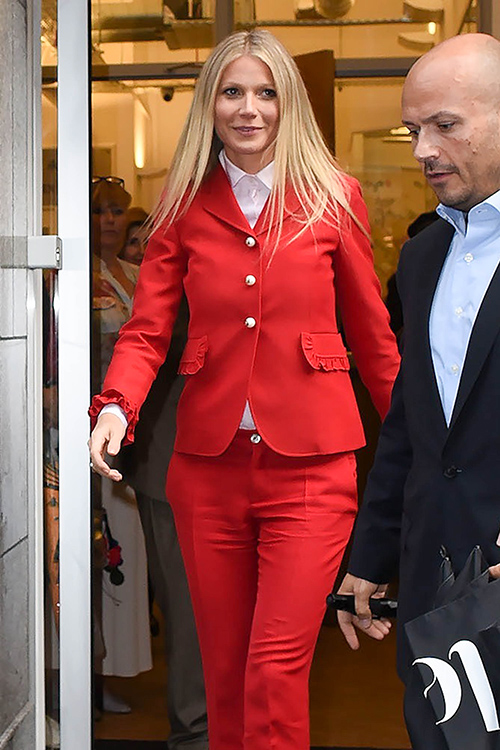 Gwyneth Paltrow’s “conscious uncoupling,” a term she coined back in 2013, has not only been endlessly mocked by the media and the blogs for years now, but it has also made her one of the ‘Most Hated Celebrities’ in the entertainment business. Many critics have called her smug, cold, snobby, and entitled, among other things. And now it looks like Coldplay singer Chris Martin doesn’t have to hide his true feelings about his ex anymore.

For years, Gwyneth Paltrow insisted that she and Chris Martin are having the most amicable divorce in Hollywood. At one point, she even insisted that they are like “brother and sister,” even though they were married lovers for years. Surely no one wants to the world to think that someone they used to sleep with is now like a “brother or sister” to them, but knowing how Gwyneth Paltrow supposedly likes to have the last word on almost everything, Martin ha stayed mostly mum in order to keep the peace post-marriage.

The ex-couple reached a divorce settlement back in May and, together, they both agreed on split custody for their two children: their daughter, Apple, 12, and 10-year-old son Moses. What’s more, they have definitely moved on romantically, as Gwyneth Paltrow’s boyfriend is suspected to be television producer Brad Falchuk. Chris Martin has been linked to a number of women, including Hollywood actress Jennifer Lawrence and his current girlfriend, Annabelle Wallis.

Gwyneth Paltrow might be one of the world’s most ‘hated’ celebrities, but she’s not Chris Martin’s problem anymore. In fact, he’s most likely relieved that their ‘conscious uncoupling’ has been put to an end and that people will no longer speculate on whether or not they will be getting back together again. Because now that the Gwyneth Paltrow/Chris Martin divorce has been finalized for good, the singer can finally let out a sigh of relief knowing this chapter in his life is over.

Tell us, CDL readers, what do you think? Is this the last we are going to hear from Gwyneth Paltrow’s “conscious uncoupling?” Will Chris Martin no longer hide his true feeling about his ex-wife anymore? Sound off in our comments section with your thoughts.