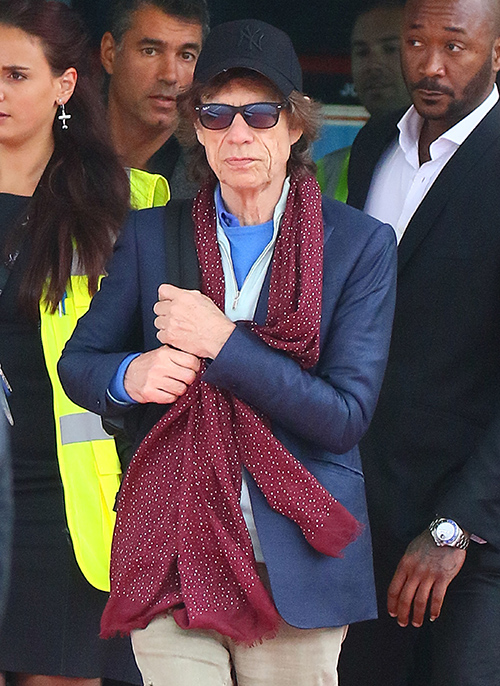 Reports are buzzing across the internet that Harry Styles might portray Mick Jagger in an upcoming film. One Direction fans, get ready! Of course, nothing has yet to be verified, but an unnamed source has told the British tabloid, Daily Star, that 22-year-old Harry will play Jagger during the time The Rolling Stones recorded their 1972 double-album, Exile on Main Street. This was a very turbulent time for the Stones, so if Harry were to play him, he wouldn’t just be a pretty face. He’d actually need to bring some acting skills.

This is the second time in one year there’s been speculation that Harry has been slated to play Mick. Last year, Jagger was an executive producer for the Martin Scorsese HBO drama, Vinyl, though he wasn’t slated to make an appearance. This added some fuel to the casting rumors: Would someone else step into his shoes? Perhaps Harry Styles?

Let’s imagine this story is truth; Mick Jagger and Harry Styles have quite a few similarities other than stage presence and screaming fans in common. It’s not difficult seeing Harry channeling his inner Mick for the big screen. And if Mick himself supposedly looked to Harry once before, how could the veteran rocker not approve?

We can only hope the current buzz will soon be verified, because how cool would that be? It makes sense. Both Mick Jagger and Harry Styles have great rock ‘n roll moves. And while Harry has yet to have a song written proclaiming his sexy attitude, it’s certainly only a matter of time until a discerning songwriter gets a clue.

Their hair is thick and luscious; their bone structure and lips are amazing, too. We can’t forget about those hot mouths. They add to their perfect rocker packages. Ladies love men with good hair. Speaking of the fairer sex, both Jagger and Styles have no trouble with the ladies (well, one of them might have some trouble). They have their histories with some of the most beautiful and famous of our time.

We wonder how Harry’s band mates might take this news. In the annals of boy band history, most of them have a member or two who stands out above the rest. Nsync had Justin Timberlake; Backstreet Boys, Nick Carter. If Harry Styles were to get a movie role, could drama brew within the ranks of One Direction?