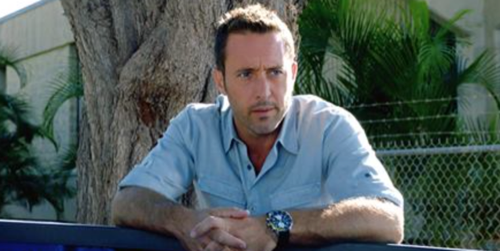 Tonight on CBS Hawaii Five-0 air with an all-new Friday, October 14, 2016, episode and we have your Hawaii Five-0 recap below.  On tonight’s Hawaii Five-0 McGarrett and Alicia are kidnapped by the serial killer who has been terrorizing the island after they discover his identity.

Did you watch last season’s Hawaii Five-0 where when FBI Profiler Alicia Brown (Claire Forlani) found a body in her bed, she was forced to join McGarrett in the hunt for the chess-piece killer? If you missed it we have a full and detailed Hawaii Five-0 recap, right here.

On tonight’s Hawaii Five-0 season 6 episode 4, “ “The Fire of Kamile Rises in Triumph – Five-0 must find McGarrett and Alicia when they are kidnapped by the serial killer they’ve been hunting. Former professional football player Otis Wilson guest stars as himself.”

Alicia had once been a renowned profiler at Quantico and so she had known how serial killers usually think however even she was shocked by her meeting with Dr. Madison Gray. Dr. Gray had apparently been Lau’s shrink and she had been assigned to him by department. Yet, Alicia just knew that Dr. Gray was the serial killer that were all looking for and she had become convinced of it after seeing Dr. Gray’s book on Medieval Chess right there in her bookcase for all to see. So Alicia had wanted McGarrett to put some pressure on Dr. Gray in order to get Lau’s records and she hadn’t understood why he had wanted to wait on that decision.

But McGarrett had told her what he was thinking. He was thinking that Alicia had once said that serial killers were predominately male and that Alicia had even written a book on it in which she said that women were overall less violent. So the only thing that Alicia could say in her own defense was that she had been out of the game for a long time and that a few things might have changed since then though hadn’t exactly been enough for McGarrett. McGarrett still hadn’t been sure about Dr. Gray so he didn’t change his mind about demanding Lau’s records right then and unfortunately Alicia later got impatient.

Alicia had once taken too long to capture a serial killer and that decision has haunted her everyday since. So Alicia hadn’t been thinking rationally when she broke into Dr. Gray’s house and went looking for those records by herself. Though she did later find something and had called McGarrett right away to own up to what he did. Alicia had found the records of all the serial killers that had been involved in this sick little game and more importantly she had also come across a medieval chess set that was missing several key pieces. Like the pawns that had been found in the other’s mouths and two pieces for the king and queen.

So Alicia had been so caught up by what she found that she didn’t even hear Dr. Gray enter the house and that time gave Dr. Gray everything she needed. The other woman had simply snuck up right behind Alicia and incapacitated her before her before she even became aware, but Alicia had also been gagged and therefore couldn’t call out to McGarrett when he came by the house to follow up on her hunch. However, Dr. Gray didn’t want to kill either of them because that wasn’t her style so she had simply left them as presents for two other serial killers. Say Donald and Mallory Witten who Alicia had almost sent away for life.

Alicia had apparently caught Donald and he would have been arraigned for countless murders however his wife Mallory broke him out of custody and the two have been on the FBI Most Wanted for the last ten years. But the couple were still bitter about how Alicia managed to catch one of them and they couldn’t pass up on killing her in the worst way possible. Even if McGarrett was just going along for the ride per say. So the couple drove McGarrett and Alicia out to the beach because they knew that Alicia was afraid of the water and they dumped both people tied up into the ocean. And so what the serial killing couple hadn’t counted on was McGarrett.

McGarrett was military trained and he could swim as well as break out of his restraints. So McGarrett had also freed Alicia from her restraints and he had taken her into one of the caves that he knew would allow Alicia to breathe until he could get something to tie to her to him and take her out of the water with him. Yet, Alicia had nearly drowned in the time it took for him to get strong enough seaweed and he would never have been able to get her to surface if his people hadn’t come looking for him. They had first tried Dr. Gray’s house and she had gone on the run the second she made the exchange with the Wittens though thankfully Five-0 had been able to track the Wittens.

So Kono and Kelly had grabbed the Wittens’ attention with their police siren and that had given McGarrett the time he needed. Though with the Wittens taken care of, the focus was back on Dr. Gray and she had basically disappeared into thin air. Or at least that’s what Five-0. When the truth was that she had just decided to start over somewhere else and that there will be another episode in this twisted saga. Especially for Alicia who had been nearly killed more than once and who Dr. Gray taunted by saying that Alicia had caused her own daughter’s murder because Sienna had wanted to become profiler like mom.