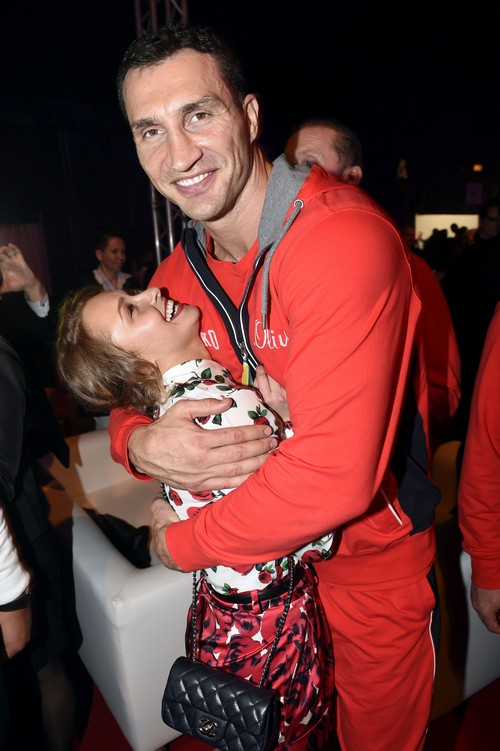 Hayden entered a Utah at a rehab facility for a second time in May and was receiving treatment for post-partum depression. The first time Hayden sought treatment the actress took a leave of absence from her role as Juliette Barnes on ‘Nashville.’

It appears that Hayden has completed rehab and is now in New York City. Daily Mail posted photos of Hayden wearing a blue and green striped shirt, blue leggings, boots, smoking a cigarette and reading ‘Underboss: Sammy the Bull Gravano’s Story of Life in the Mafia.’

There has been no official word that Hayden and Wladimir have called it quits on the relationship. The couple has one began dating in 2009 after meeting at a book launch party. Hayden Panettiere and Wladimir Klitschko split in 2011citing long-distance for the cause of the breakup.

Hayden confirmed in April 2013 that she had begun dating Wladimir again. In October 2013 Hayden and Wladimir announced their engagement. In December 2014 Hayden gave birth to the couple’s daughter Kaya.

The ‘Nashville’ actress has not tried to hide her battle with post-partum depression. Both times Hayden entered rehab for treatment she shared the news with followers on Twitter.

In a previous interview Hayden stated that it upsets her when people tell women suffering from post-partum depression to just suck it up and those people have no idea what they are talking about.

Hayden Panettiere is expected to return to the hit show ‘Nashville’ when it moves to CMT. No premiere date has been set yet. ‘Nashville’ spoilers indicate the writers have come up with some way to explain Juliette’s missing plane.

There had been speculation that Hayden’s ‘Nashville’ co-star Derek Hough had been sending secrets letters to Hayden while she was in rehab but the hearsay was soon quashed. Perhaps long distance is once again to blame if the couple has split. Has Hayden Panettiere’s battle with post-partum depression caused a rift with Wladimir Klitschko?